The affordable, clear 80s classic is back and bigger than ever. 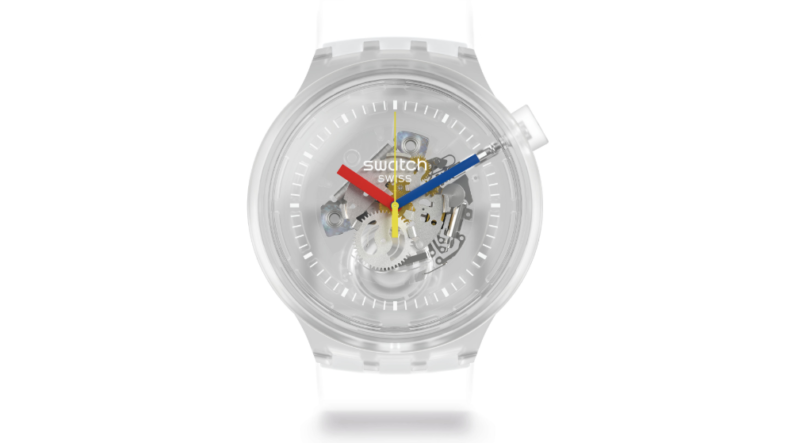 Watch lovers of a certain age recall the 1980s as the Swatch era, for better or worse. The relatively affordable Swiss-made quartz timepieces hit the market in 1983 and by 1985 it seemed like there was one on every wrist.

Among the most popular models ever—it stayed in production for decades—was the clear “Jellyfish.” It was hugely popular in part because it kind of went with everything. Understanding its appeal, Swatch has released the “Big Bold Jellyfish”—a larger version for a different time.

The Big Bold’s quartz workings are easily observable through the clear plastic case, which is offset by the red, blue, and yellow hands. As for the upsizing—the original, like so many mass-market watches in the 80s, was a modest 34mm.

The new Jellyfish lives up to the “Big” designation, a full 13 millimeters larger at 47mm. Of course it’s not a dive or tool watch, so there are no additional complications like a calendar, and it’s water-resistant to just 30 meters (about 90 feet).