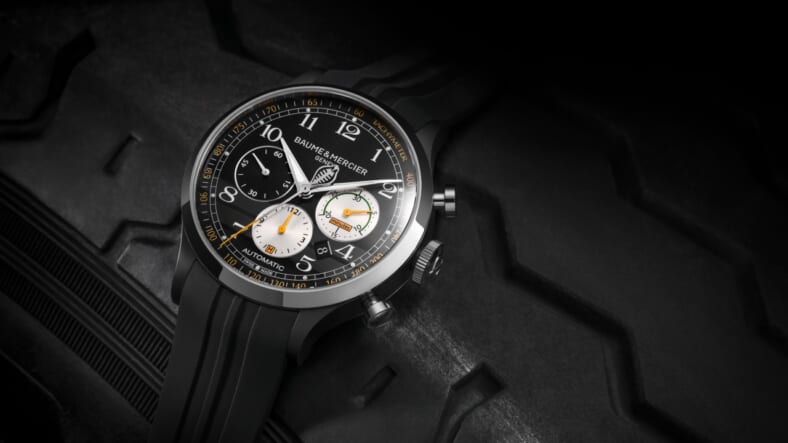 They’ve just unveiled the new Capeland Shelby Cobra limited edition chronograph inspired by one of the most successful Cobras in history, the 289 Cobra roadster built to win the brutal 12 Hours of Sebring race in 1963.

The design of the legendary car, painted black with yellow racing stripes, is reflected in the watch which features yellow highlights on the rubber lining of the alligator strap – a full rubber strap made from the same material as the Cobra’s tires is also an option – and the dial.

It also honors the car’s famed drivers, including Dan Gurney, Lew Spencer, Dave MacDonald, Ken Miles and Allen Grant. Inspired by the Cobra’s performance, the Swiss-made self-winding movement is a monument to quality and accuracy.

Priced at $4,450 and limited to just 1963 numbered examples – the year of the landmark race – the case back is engraved with the number and name of the collection. As a final tribute, the sapphire crystal features the CSX2128’s famous number 15 race number.

The black and yellow dial’s layout is modeled after the Cobra’s dashboard and gauges, with asymmetrical chronograph counters, and the hands that mirror the Cobra’s steering wheel with a cobra logo atop the second hand.

Finally, the tachymeter function – highly useful in determining speeds during a race – encircles and highlights it all.