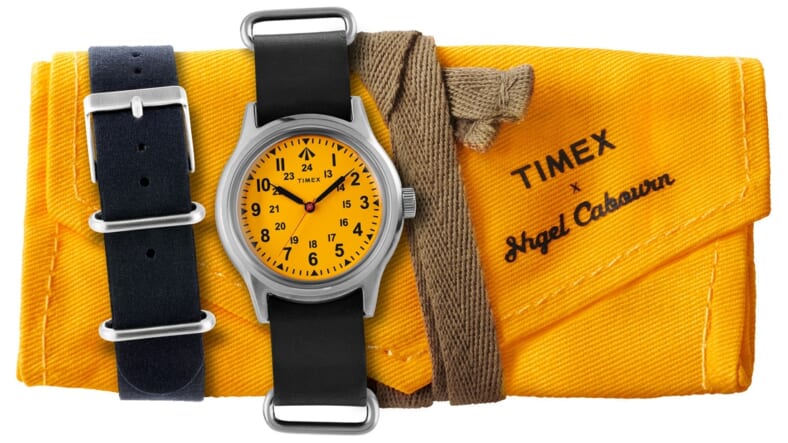 For this drop, Cabourn was inspired both by the sea and by equipment issued to the World War II-era British Royal Air Force.

Knowing Cabourn’s inspiration makes sense when you look at the eye-catching color choices. He designed this timepiece as a tribute to flight crews forced to land in the North Atlantic. The bright “survival yellow” (aka orange, really) is suggestive of protective gear and paint used to make downed airmen and equipment visible, and the strap is made from water-resistant Ventile fabric—the same fabric worn by British soldiers to survive those frigid waters.

Regarding his source of inspiration, Cabourn said, “I like storytelling and the heroic accounts of pilots in their Ventile suits and yellow survival vests that had to bale out into the sea really struck a chord with me.”

The Timex x Nigel Cabourn comes with a black leather strap as well and is packaged in a cotton pouch.

The watch is available on Timex.com and retails for $180.