“I have several things in the works that I can’t talk about now…but I’m excited to find something to challenge me in my second career.” 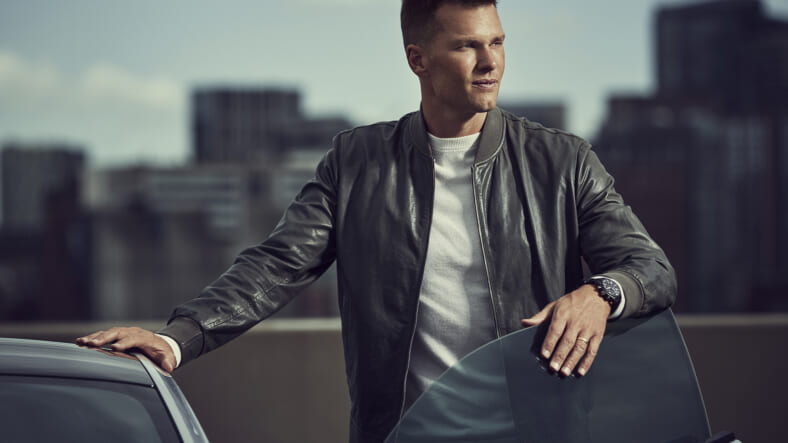 Could Tom Brady be setting his sights on a fashion design career after the NFL?

The six-time Super Bowl winner and four-time Super Bowl MVP is arguably the greatest quarterback ever, and now the New England Patriots QB is dropping hints about what he’ll do after he retires from football.

Brady, who is married to supermodel Gisele Bundchen, recently announced a new partnership with Swiss luxury watch brand IWC Schaffhausen after previously serving as a brand ambassador for Tag Heuer.

As part of his new role, Brady did an interview with WWD, revealing, “I’ve been collecting watches for 22 years. And yes, it could be a very expensive habit. But it’s very fun and I have an appreciation of the beauty of it. I’m just learning more all the time.”

Brady was also asked if he’d ever consider designing his own fashion collection, to which he mysteriously replied:

“I don’t know what the future holds. I have several things in the works that I can’t talk about now, and I don’t know if they’ll come to fruition, but I’m excited to find something to challenge me in my second career. I’m just not sure when that’ll happen.”

Brady told WWD that he counts IWC’s Pilot’s Watch Chronograph Top Gun Miramar and its Portugieser Perpetual Calendar as the prize possessions in his watch collection.

Brady added that he had an IWC watch as a screensaver on his laptop when he was in college, and vowed that if he “ever made any bucks, I would buy a watch.”

Looks like that time has definitely come. Touchdown Tom’s latest contract with the Patriots, which ends after this coming season, is for $30 million, and his net worth with Bündchen is estimated at $580 million.

He ranks at number 81 on Forbes’ list of the highest-paid athletes in 2019 with $27 million, which includes endorsements.