Rugged watches from the makers of the Swiss Army Knife. 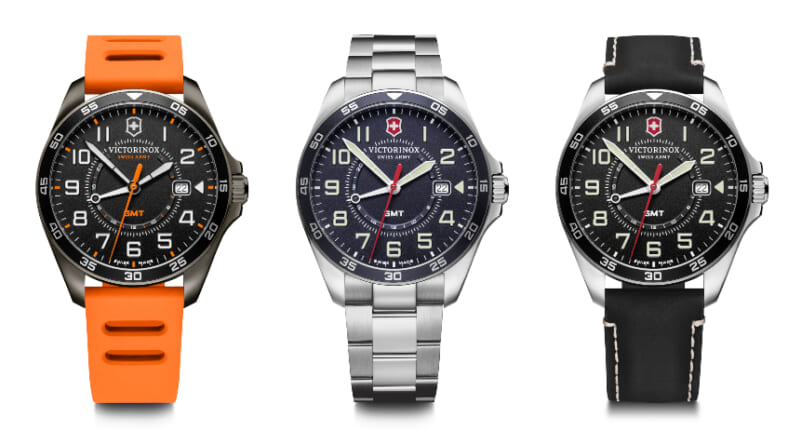 Victorinox Swiss Army knows how to make tough tools that are easy to carry, as they’re the brand behind the iconic Swiss army knife. They make killer timepieces as well, and they’ve just launched an extension of their already-popular FieldForce line of watches, the  FieldForce GMT.

The FieldForce GMT has been created with durability in mind. Previous FieldForce models grew in popularity in 2019 and this new design has added a GMT function—that means easy tracking of time in a second time zone. Traveling from L.A. to New York? Keep an eye on the West Coast time while you adjust to the change.

Victorinox also suggests that the “24 hours GMT hand can be set independently” to help combat jet lag in addition to adhering to an itinerary.

Victorinox really puts their watches through some paces, including multiple tests by certification authorities to ensure each FieldForce GMT earns the company’s rep for toughness and quality anew. Additional specs from the watchmakers:

Along with the FieldForce GMT, Victorinox has also launched the FieldForce Sport GMT, which has the same functions and comes with an optional bright orange rubber strap.

The FieldForce GMT ranges in price from $375 with the leather strap to $425 for the Sport with either a metal bracelet or rubber strap. Learn more about the line and buy your own here: swissarmy.com.