The NBA All-Star Weekend kicks are the latest salute to old-school Air Jordans. 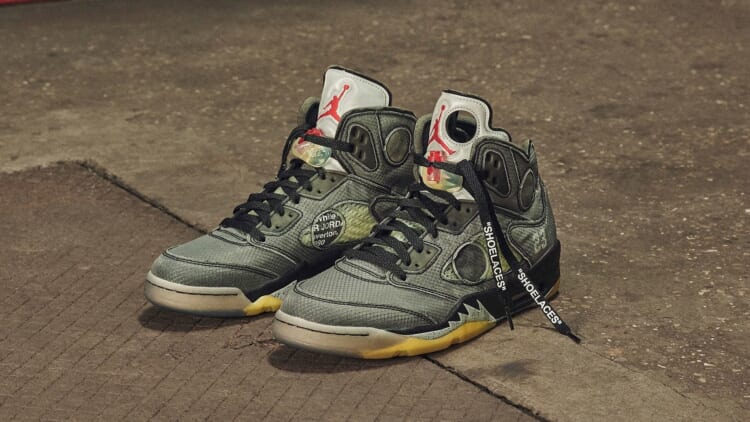 After making debut on the runway in Paris, Abloh’s Air Jordan V is timed to the NBA All-Star Game in the Windy City, where both he and Michael Jordan grew their legacies. The original Tinker Hatfield-designed AJV dropped in 1990, shortly before the six-time MVP and the Bulls began a three-championship win streak at the end of 1991-1992 season.

Using the model’s OG “Black Metallic” colorway as a base, the style incorporates Abloh’s deconstructed Off-White approach, right down to the signature Helvetica text on the medial side panel and shoelaces. Abloh used the same font on his coveted Nike Air Presto, which caused a frenzy among sneakerheads after Bruno Mars rocked a pair during his Grammy performance in 2018.

Translucent textile and cutouts in the midfoot and collar offer peeks into the shoe’s inner workings, while the expected black plastic zip-tie rounds out the design.