This $1.28 Million Skeleton Watch Is Made From a See-Through Sapphire

It might be the world’s most complex transparent timepiece. 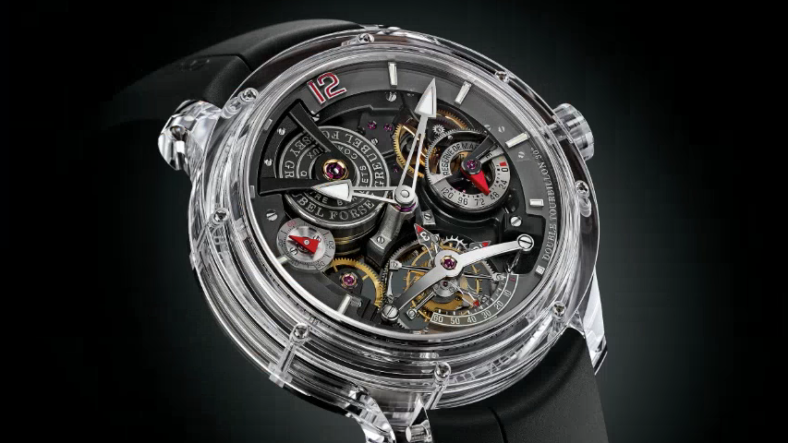 Greubel Forsey, launched in 2004 by Robert Greubel and Stephen Forsey in La Chaux-de-Fonds, isn’t the most famous Swiss luxury watch brand, but it’s starting to do some really incredible work.

On the heels of Hublot’s groundbreaking see-through Big Bang Unico Sapphire watch, Greubel Forsey has gone one better with an entirely see-through sapphire double tourbillon, the world’s most complicated see-through or “skeleton” watch.

No metal at all is used in the creation of the dial and case (save for the winding pin), allowing unparalled view of the complex movement architecture. Greubel Forsey calls it the “pinnacle of transparency.”

Cut from a single large sapphire crystal, including the rounded, multi-angular case horns, the entire movement is flooded with light within its 38.4mm case, Bloomberg reports.

The hand-wound caliber, with 120-hour power reserve, features two tourbillon escapements, one inside the other, rotating at different speeds.

Exclusive to the U.S. market in an edition of eight pieces to be individually created by hand over the course of the next three years, the watch is priced at $1.275 million.