This week’s crush joined us seeking “a genuine connection with someone who finds it perfectly normal to get tacos at 2 a.m.” 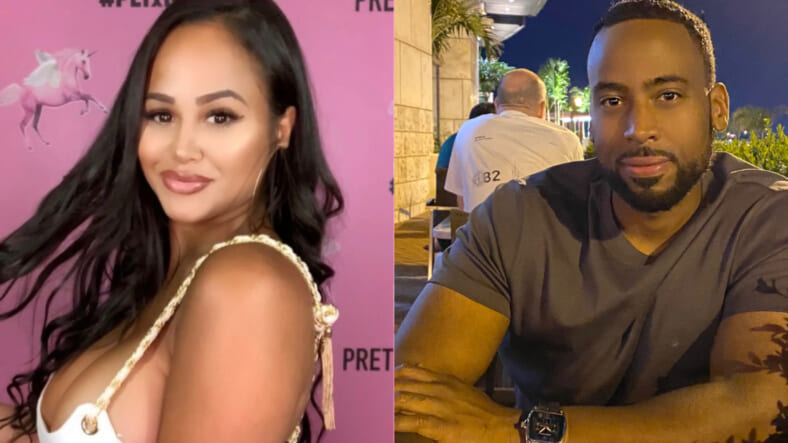 The featured Crush on Quartship‘s latest episode was educator, journalist, and model Melanie Montalvo (@beautyy__n__brains). Montalvo, 28, is Puerto Rican and Brazilian and was born and raised in Brooklyn, New York. She teaches special education and says she has been “immensely impacted with work and wellness during the COVID pandemic.”

Montalvo is into basketball, swimming, hiking, four-wheeling, and traveling She loves all animals, especially dogs, and enjoys going to basketball games and watching reruns of Martin. She is known for her witty and charismatic personality, and says that the three best words to describe her would be “hilarious, thoughtful, and adventurous.”

Montalvo also says she’s “extremely spontaneous and always open to trying new things.” She appeared on Quartship looking for “a genuine connection with someone who finds it perfectly normal to get tacos at 2 am.”

Contestants vying for a chance to win the competition and go on a virtual date with Montalvo were biotech scientist Muhammad Abdul-Kharim (@mr.legend._) and talent manager Odirin (@odthejew). Each guy brought his A-game, presenting Montalvo with a 60-second pitch to win her affection as well as bragging rights over a virtual date with the beautiful model.

First up was Odirin. He presented Montalvo with a gift of his tech prowess—her own app catering specifically to her interests, hobbies, and career needs. Next Muhammad scored points for planning and showcasing the details of Melanie’s absolute dream date.

The men ended up tied, and the competition became a head-to-head battle between two strong contestants. Melanie gave both Muhammad and Odirin Q scores of 9.3. This led to a first-time tie and resulting tie-breaker. Our Crush posed a difficult question for each man to answer, and ultimately Muhammad won by virtue of the honesty of his answer.

Muhammad Abdul-Kharim tells us that from day to night he shifts between polar opposite worlds. By day, he is a senior scientist in the biotech industry and at night he is an executive marketer for the restaurant and night club industry. No matter which world he navigates, however, Muhammad says he is “passionate about helping others” and “keenly in-tune to the needs of others.”

He says he feels “elated” whenever he can be the catalyst for the happiness of those around him. “Some say the radiance of my smile reflects the positive energy that I bring to a room,” Muhammad says, “and I truly am grateful for that.”

He also loves to travel and experience other cultures their cuisine. Muhammad says he is “very passionate about health and fitness” and he is “committed to eating well and exercising daily as a way of life.”

Tune in to the next episode airing Thursday at 9 pm EST to see a recap of recent winners’ virtual dates—and a new line up of talent on Quartship.For more information, visit www.quartship.com.