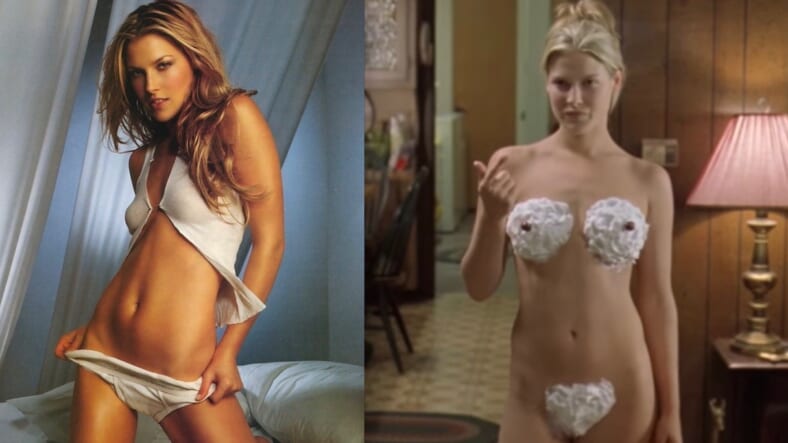 Actress Ali Larter is turning 43—and it seems like she’s only getting better with age.

The blonde beauty first shot to fame,with an assist from some whipped cream and nimbly placed cherries, in the 1999 teen football flick Varsity Blues.

Her infamous ice-cream sundae scene clearly snagged plenty of studio interest as she quickly starred in a string of hits, including Final Destination and Legally Blonde.

Ali has more recently found success in the superhero genre, having starred on the TV series Heroes and appeared in four chapters of the Resident Evil series, which concluded in 2017 with The Final Chapter.

She was also a superbabe during her now-classic 2004 Maxim cover shoot, which she spoke about in a more recent Maxim interview.

“Look, I’m not scared of being sexy,” she told us. “I might be a feminist, but I’m still someone who loves to embrace that side.”

Above, celebrate the 43rd birthday of one of our all-time favorites, Ali Larter, with some undeniably sexy retro Maxim shots.