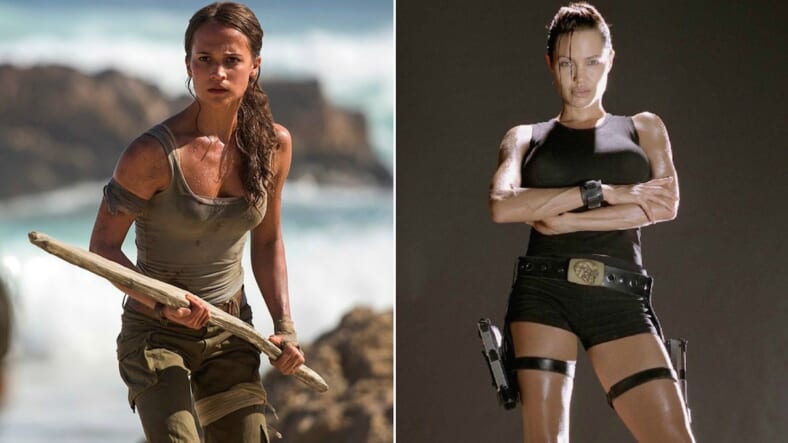 Critics are impressed with Swedish actress Alicia Vikander‘s take on Lara Croft, even if some are not so hot on the movie itself. They say her subtle approach offers the over-the-top spectacle some realism.

But one lame YouTuber (that’s someone who makes YouTube videos from his bedroom for a living) has criticized the casting of Vikander—not for her acting chops or accent but rather for her body.

TJ Kirk, aka The Amazing Atheist, tweeted that Vikander’s breasts were too small for the sexpot role, originally a voluptuous video game character.

I guess I do. Sorry. pic.twitter.com/5CsXwYFjBb

Allow us to remind you that this is what “The Amazing Atheist” looks like himself.

It was an unwarranted comment that has sparked outrage from Tomb Raider fanatics, revealing that they have embraced Vikander as their Lara Croft.

Dear fanboys, if you’ve never played this game and have no interest in doing so, quit whining about Lara/Vikander’s boobs. Your opinion is not valid nor wanted. #TombRaider pic.twitter.com/g4cbikMcVG

Imagine looking like this and complaining about Alicia Vikander looks pic.twitter.com/sMIbr8l3Bl