“Why would you put your dick between two feet when you could put it in a warm vagina or a butthole?” 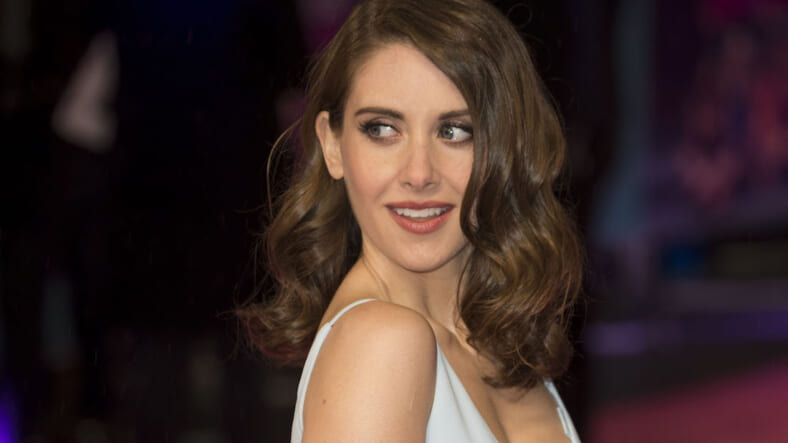 Alison Brie was already among the most outspoken actresses in Hollywood.

But her new interview with Playboy, mostly about her new Netflix series GLOW, breaks ground by broaching taboo subjects beyond anyone’s wildest imaginations.

In just 20 questions, Brie offered her frank opinions on playing an anti-Semitic nun in The Little Hours, her days as a college nudist, being raised by hippies and coming to terms with her legions of foot fetishist fans.

Absolutely nothing was off the table. Even so, we rounded up the most scandalous admissions from the salacious new tell-all.

About stripping down in the first episode of GLOW, Brie said it made sense for the part.

I’ve passed on a lot of projects that had nudity, but I was obsessed with getting GLOW. Nudity is a part of the show, and I had no hesitation. I love the character. I understood why they wanted it. Getting naked on camera is like ripping off a Band-Aid. The hardest part is the transition from being in your robe to being naked on set. Once I was naked, it kind of reminded me of my nudist days from college and that feeling of, Oh yeah, I love my body and this is fun and silly and it’s fine.

Cal Arts was sort of clothing optional. I don’t know what it’s like now; even in the four years I was there, they had started to crack down. My freshman year, the Erotic Ball was still happening. Everybody was in different states of undress. There were tents with TVs playing pornography. And I seem to remember a live sex performance. Mostly it was a lot of lingerie and body paint. I wore this Victoria’s Secret thing with a little black thong under a black lace long-sleeved minidress. It was see-through lace—you could see the panties—but also long-sleeved because, you know, I’m very demure.

For the record, Brie welcomes all the positive attention her breasts received while she was starring on Community.

There’s a fascination I can’t really explain. My mom was the first one to point that out early in my Community days. She was like, “I was reading a bunch of message boards, and people seem very fascinated by your boobs. I don’t know why. They’re not that big.” I was like, “Mom, I have great boobs. How dare you?” It’s humorous to me that people have had a fixation with my boobs. By the time I’m ready to film a full-nude scene, I am the most muscular I’ve ever been and my boobs are the smallest they’ve ever been. It’s sort of like a fuck-you to the boob-fetish people.

Brie even welcomes more fiendish support, namely that from her foot fetishist fans.

I understand why people like my feet, because I do find them to be very cute. But I can’t totally make the leap to sexualizing them. People constantly request photos of my feet, and they also send me photos of my feet when I’ve worn minimal heels or have gone barefoot. Somebody explained to me that it’s because feet are the only part of your body that you can’t change or alter, so it’s really you. I found that to be quite beautiful. But then your mind just cuts to someone jerking off on their feet, and that image is ingrained in your mind forever. Why would you put your dick between two feet when you could put it in a warm vagina or a butthole?

Alison Brie has a lot of opinions, people.