Alison Brie Wants You to Know How Wild Her 20s Were

Her twenties were wild. 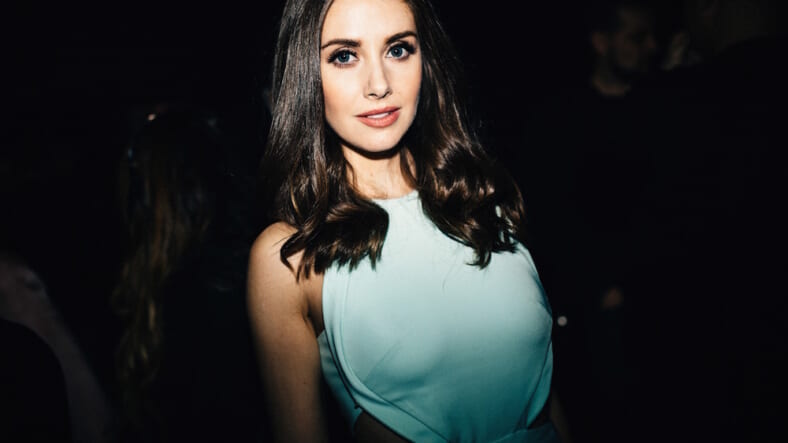 Forget what you’ve heard about Alison Brie. The 33-year-old actress, who has built a career playing neurotic, good-girl types, is anything but. Speaking with New York Post, Brie revealed her past as a full-on twenty-something wild child.

“The biggest misconception about me is that I’m very wholesome,” said the saucer-eyed beauty. “After playing Trudy and Annie back to back, people would say, ‘Oh, you’re like Miss Priss,’ and I’m really not. I had a very wild 20s.”

Perhaps we got the wrong idea from Mad Men, where Brie had her big break playing a priggish housewife. And then there was her turn on Community, where she played the brown-nosing Annie Edison. For her most recent film, the raucous rom-com How To Be Single, Brie was an obsessive Internet dater. But that’s not the approach Brie has had.

“There was a period in my life where I was like, ‘The super fun girl!’ If I was going out with you, it was going to be a crazy night,” she added. “Now I’m a lot more mellow.”

That’s a damn shame. Perhaps she’s scaling her party days back a bit because she just got engaged to proverbial drip Dave Franco, younger brother of James. But that wasn’t originally the plan.

“I never wanted to get married,” she said. “I was just like, ‘Well, that’s not my life path, because I’m choosing this crazy lifestyle.’ And then, you know, I fell in love. So, blah blah blah.”