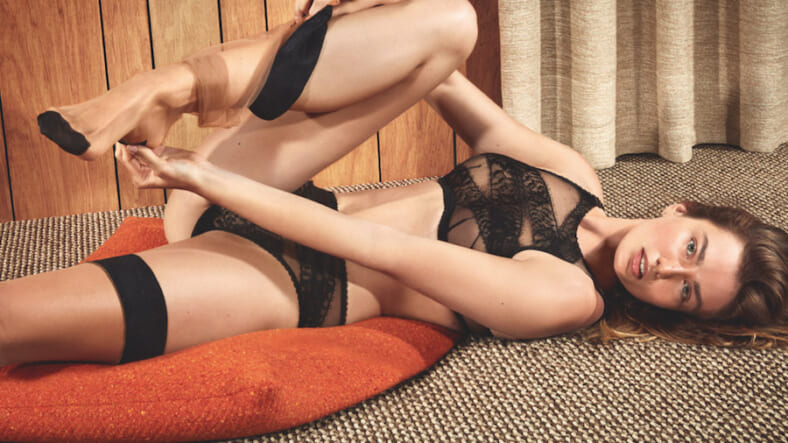 The fashion world has flirted with S&M in the past, but they rarely go so fervently after kink as lingerie maker Agent Provocateur did in its Spring/Summer 2017 campaign.

Shot by renowned shutterbug Mario Sorrenti, the photo shoot, featuring Romanian model Andreea Diaconu, is inspired by the titillating work of foot-fetish photographer Elmer Batters. Andreea contorts her body in unimaginable ways, flaunting the ’70s-inspired lingerie line, and even crinkles her toes towards the camera in several shots.

If you weren’t a foot fiend before, maybe you’ll get the appeal now.

Above, see some more of fiery photos of Andreea from her decidedly less kinky (but not less sexy) Instagram: