It’s Angelina Jolie’s Birthday, So Celebrate With Her Sexiest Shots Ever 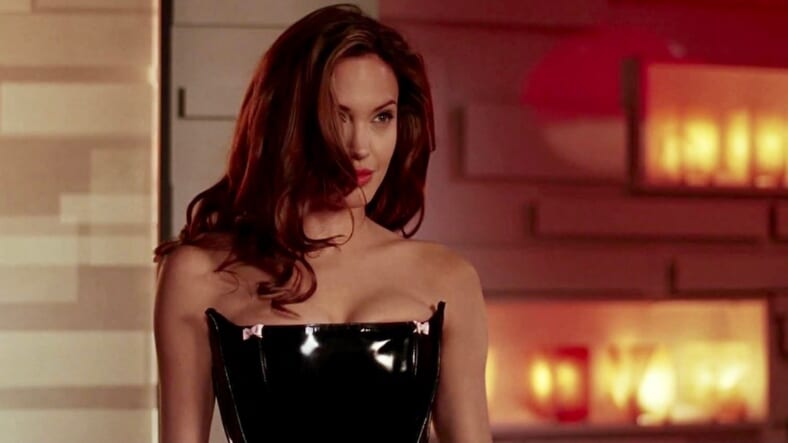 Actress and activist Angelina Jolie is celebrating her 44th birthday, and while she’s undergone quite a transformation over the years, she’s still as alluring as ever.

Jolie’s path to fame was atypical from the start. Her dark aura—a likely byproduct of her past drug abuse and history of mental illness—made her an early favorite among auteur directors. Her breakthrough came in 1998, when she portrayed doomed supermodel Gia Carangi in the HBO film Gia.

Then, Jolie won an Oscar for her work as a sociopathic mental patient in the 1999 drama Girl, Interrupted.

Her beauty and acting talents quickly paved the way for more mainstream success—her starring role as Lara Croft in the Tomb Raider series and in blockbuster capers like Mr. and Mrs. Smith, Wanted and Salt.

It was during this ’00s heyday she was routinely named among the most beautiful women in the world and the highest-paid actresses in Hollywood.

But her marriage to fellow A-lister Brad Pitt, who was married to Jennifer Aniston at the time they met on the set of Mr. and Mrs. Smith, made her a tabloid fixture.

The fall-out of “Brangelina” was arguably the most-covered celebrity coupling in history, proving Jolie may have become too famous for her own good.

It is perhaps why Jolie—aside from starring in the Sleeping Beauty-inspired Maleficent and its sequel and directing the wartime dramas In the Land of Blood and Honey and Unbroken—has been less active in Hollywood recently.

She is most active in her humanitarian work now—as a Special Envoy for the United Nations High Commissioner for Refugees.

While her career has been impressive, her beauty has remained undeniable. Celebrate her birthday with her sexiest shots ever, above.