The more you know. 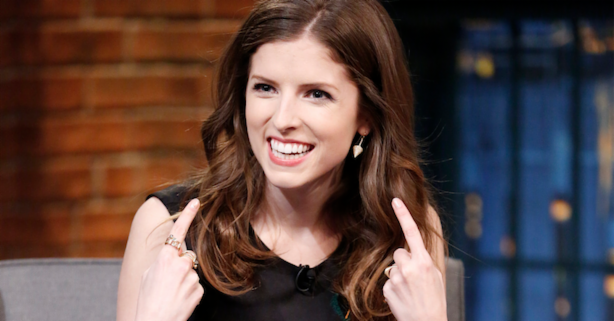 On the set of Pitch Perfect 3, Anna Kendrick got a grammar lesson from director Trish Sie—in addition to its usual noun form, “vagina” can also be used as a verb.

We know. It sounds kind of crazy to use an anatomical term as an action. And what would vaginaing even entail?

Well, the student has now become the master. Above, watch Anna explain on Late Night with Seth Meyers how to put this radical new verb into use.

As she puts it, to “vagina” is to thrust your hips with legs spread in a ribald manner, ideally while sitting. It’s definitely not suitable for all occasions, but that didn’t stop Anna from putting on a small demonstration before a live studio audience.