Is it body shaming? 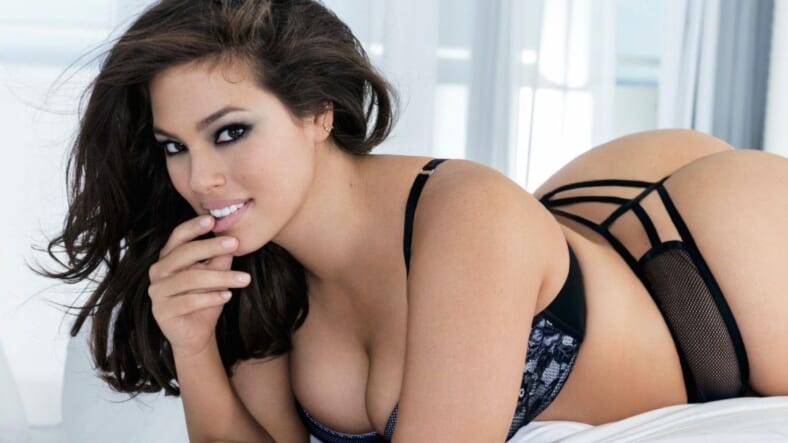 Vogue’s upcoming issue marks 125 years since the beauty mag’s inception, and it’s all about celebrating “fashion’s fearless females” and “the beauty revolution.”

At least, that’s what the text reads on the March cover they’ve posted to Instagram. But it hasn’t taken the internet long to notice that, as Ashley Graham poses amid a stunning lineup of powerhouse models, something isn’t quite right.

With our March issue, Vogue celebrates modern American women. Click the link in our bio to read the full cover story. Photographed by @inezandvinoodh, styled by @tonnegood. #Vogue125

You’ll notice that Kendall Jenner, Gigi Hadid, Liu Wen, Imaan Hammam, Adwoa Aboah and Vittoria Ceretti are all have their arms clasped around each other’s waists. Ashley’s, however, is the only one of the seven whose hand rests on her thigh.

To put it lightly, the pose is suspicious, as the voluptuous Maxim cover model is clearly larger than the rest of the women. If they were serious about conveying a message of female empowerment, maybe they shouldn’t have had the only plus-sized model of the bunch cover up a third of her thigh.

That’s not to say it isn’t an stunning cover, but Vogue is getting some serious heat from all corners of the web over what their PR department will almost certainly call a “coincidence.”

One Instagram user commented, “the only one with her hand on her leg is the plus size so her thigh looks skinny. Wtf.” Our thoughts exactly. And we’re not alone…

Bit of a shame that Ashley Graham was the only model who had to use her arm to cover her thigh 🤔 pic.twitter.com/Vw6u9Wb9ej