This Hot Atlanta Hawks Fan’s Courtside Cleavage is Going Viral, Because of Course It Is

The sexy NBA fan is a former Hawaiian Tropic model… 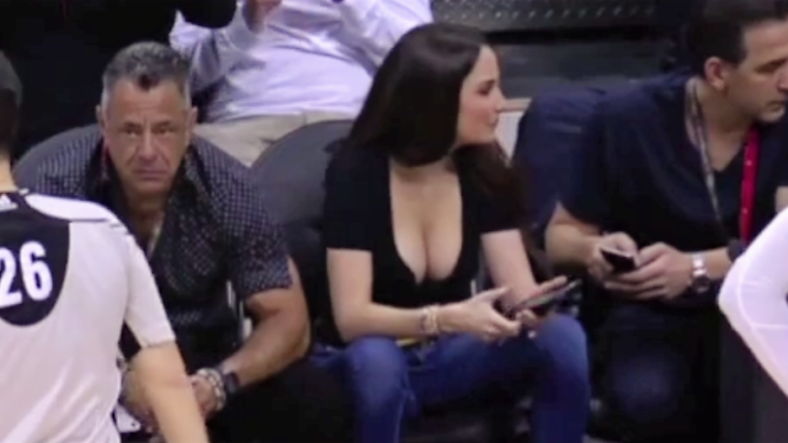 At last Saturday’s Atlanta Hawks/Philadelphia 76ers game at the Hawks’ home arena, the camera picked up some riveting courtside action that has since gone viral.

In a video uploaded to Vidme, an attractive woman wearing an epically low-cut top was captured on camera just minding her own business, and the internet is absolutely loving it.

The woman, whom Busted Coverage has identified as Nicole Jockisch Carlos, is a former Hawaiian Tropic model, and the guy sitting next to her is her lucky husband, Chris Carlos. Still, Twitter went into overdrive about the eye-popping NBA spectacle:

This Lady Showing Massive Cleavage At The Atlanta Hawks Game Made Everyone Forget About Basketball https://t.co/HmP0VV0FjN

And if you’re wondering about her Instagram, it’s set to private (because of course we checked).