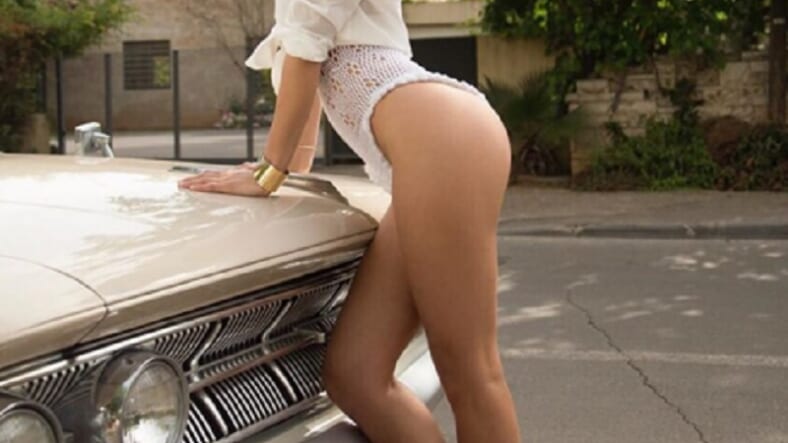 Israeli authorities have arrested and questioned Bar Refaeli—one of that nation’s top models and one of the most famous supermodels in the world—on suspicion of tax evasion. Refaeli’s mother Zipora was also taken into custody. Agence-France Presse reports that Israeli investigators suspect Refaeli lied about where she lived and didn’t declare a number of assets:

. . .Refaeli is also suspected of receiving benefits of “over a million shekels” ($257,000, 237,000 euros) in the form of free accommodation in luxury apartments and cars she did not report, Israel’s Tax Authority said in a statement.

The Israeli Tax Authority also reportedly suspected Refaeli and her mother of leaving the equivalent of hundreds of thousands of U.S. dollars in Israeli shekels undeclared. They described a scheme in which Refaeli and her mother “created the false appearance of the top model residing outside of Israel” and lived in apartments rented under her mother’s and brother’s names, the AFP reports.

Israel’s tax squad ran undercover investigations of the 30-year-old model and say she also received numerous free perks, such as a Lexus and a Range Rover, which she never reported as assets.

Refaeli and her mother were released on bail after their arrests Wednesday. The AFP reports that the two had to surrender their passports, and they may not leave Israel for six months without permission from authorities.

Refaeli, who has been at the top of Maxim’s Hot 100 in the past, has been Israel’s wealthiest model in the past, pulling in more money than even Gal Gadot. Everyone has to answer to the Tax Man at some point, but we’re hoping our Hot 100 alum sorts it all out. Courtesy Refaeli’s Instagram, check out a few reasons why below.

Today I want to… Change the world ! #watchhungerstop @michaelkors