Bella Hadid Apologizes After Offending Fans From the Middle East

“I have always tried to stand up for what I feel is right, especially regarding the great Middle East.” 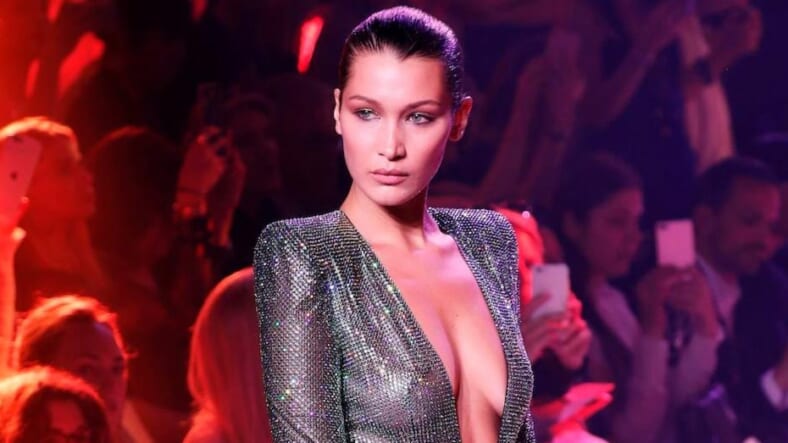 Bella Hadid has issued a public apology after photos she published in an Instagram Story caused an online uproar in the Middle East.

The offending image in question was that of the supermodel’s shoe in the foreground appearing to step on planes from the United Arab Emirates (UAE) and Saudi Arabia in an Instagram Story. It looked to some like Hadid’s shoe was stepping on those nations’ flags, which, unsurprisingly, some people on Twitter interpreted as a deliberate insult.

Here’s why displaying the sole of your footwear is an insult in Arab culture: it basically implies you think whoever sees it is lower than the dirt on that shoe.

Hadid later posted another Instagram Story by way of an apology.

“I am posting this to clear up a few things that have been weighing on my heart,” she wrote.

“To begin, I would never want my posts or platform to be used for hate against anyone, especially those of my own beautiful & powerful heritage. I love and care so much about the Muslim and Arab side of my family, as well as my brothers and sisters throughout the world.”

“Not only do I have so much respect from the bottom of my heart,” the supermodel continued, “I have always tried to stand up for what I feel is right, especially regarding the great Middle East.”

“I have never and will never be the one to talk down on these countries,” she stated, “Only to spread love, and the true beauty of them, as the way I was taught by my Teta and my father. To feel as if I have disappointed you is what hurts me the most.”

Hadid wanted it clear: “The photo of my shoe on my Story yesterday had NOTHING to do with politics. I promise.”

Unfortunately, this being 2019, there was still plenty of predictable backlash.

I don't think her apology was sencere at all. Her dad is a business man and he knows the Middle East market, so the fake apology was Mr. Hadid's idea. She will destroy her career and reputation by spreading hate to people of Saudi Arabia and UAE. #BellaHadidIsRacist

That’s more than enough to get the gist.

We’re pretty sure that this latest episode of misguided internet outrage will blow over now that she’s apologized, and there will be plenty more Bella to come.