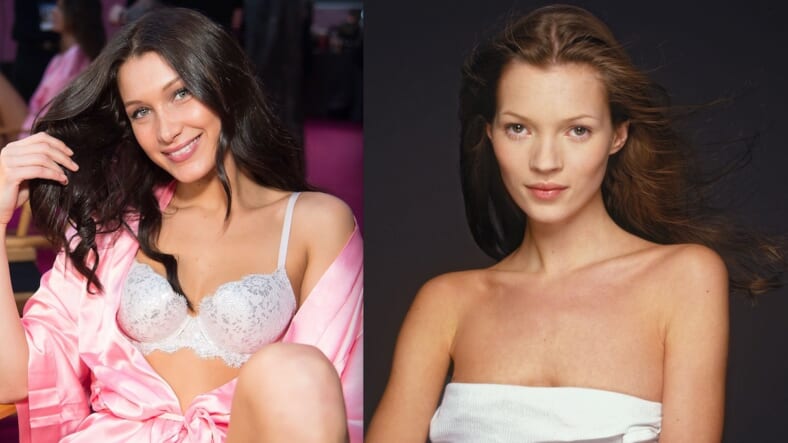 For the March issue of V magazine, model of the moment Bella Hadid paid tribute to the faces of fashion spreads past—namely Kate Moss circa her iconic ’90s Calvin Klein ads.

In the photo shoot by esteemed photographer Mario Sorrenti, the beautiful brunette mimics Kate’s topless posing in her retro Obsession campaign, also shot by Sorrenti back in the day.

@bellahadid is fashion's modern obsession. Head to the link in our bio to see her stripped-down shoot with @mario_sorrenti and @georgecortina for #V106, coming March 9. Clothing @courreges, beauty @diormakeup. @imgmodels

See video from the shoot, below.

Go behind the scenes of @bellahadid's stripped down shoot with @mario_sorrenti for #V106, out March 9. See the full video in the link in our bio. Styling @georgecortina. @imgmodels

Bella may be from a different breed of model than Kate—the millennial social-media savvy it girls—but the shots bare the same recognizable chiaroscuro and haunting feel of the O.G. Obsession ads.

See the rest of the photo shoot on the V website.