This is the stuff that Snapchat dreams are made of. 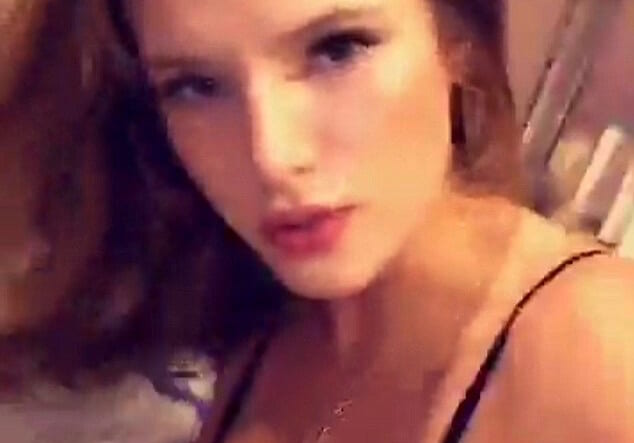 Former Disney starlet Bella Thorne has been on a serious Snapchat hot streak.

The 18-year-old star of MTV’s Scream reboot—formerly of Disney’s Shake it Up show—had a chill day by the pool with friends, then shared some steamier photos with fans.

In two snaps, Thorne posed in front of a full-length mirror in a yellow bikini, titillating social media users everywhere.

When the party moves poolside, Thorne’s dedication did not waver. She took a few selfies and even had a friend take a photo of her.

The stunning starlet has lately a thorny relationship with social media, however. The half-Cuban actress recently caught flak on Instagram for “not looking Latina enough” (whatever that means).

We’re sure glad Thorne is “snapping” back at the haters.