Charli Howard, who was booted by her agency for being “too big”, shares a sexy shoot exclusively with Maxim. 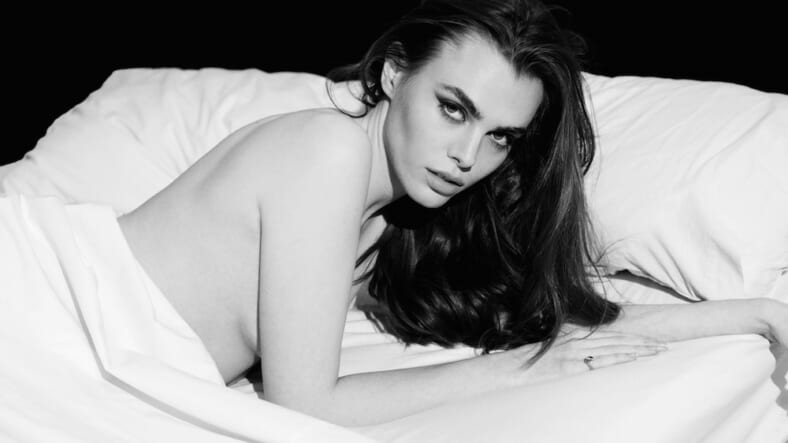 British model Charli Howard became something of a fashion sensation last year after penning a scathing open letter in response to her agency dumping the five-foot-8, size-2 beauty for being “too big”.

Howard was subsequently written up in Vogue, Elle and Dazed and Confused as scores of outraged supporters came to her defense online. She has since signed with Muse NYC and teamed up with 20-year-old London photographer Daniel Sachon for a set of classically sexy black and white photos shot exclusively for Maxim.

Here, Howard discusses the body-shaming controversy that rocked the fashion world, unrealistic beauty standards and what comes next.

Why do you think the industry holds models to such rigid beauty standards?

I get why there’s high beauty standards, because fashion is a fantasy world. It removes you from the worries of your everyday life and allows you to dream. You’re buying into something unobtainable and therefore have to look unobtainable to the average person.

I didn’t think my post would go viral, so found it terrifying when it did. I truly thought I’d ruined my chances of ever modeling again. But luckily, I received an overwhelming amount of support from people around the world and was signed by an amazing agency, Muse NYC, that not only believed in me as a model, but saw me as a human being. I’m now in a position where I don’t have to put unrealistic pressures on myself and can still model, which I never thought would be possible.

What are you trying to convey with these new photos?

Daniel wanted to do something that celebrated my shape, and I loved the idea. I’d been so self-conscious about my body during my first couple of years modeling that I wanted to celebrate how womanly and confident I felt now. I’m in such a happy place and at peace with my body. I think all women should embrace their femininity and curves and this was a way of me doing that.

Top models like Gigi Hadid also say they’ve been criticized for being too curvy. Do you see a greater acceptance happening for models who aren’t rail-thin?

I think we’re starting to be more accepting, but still have a long way to go—not only in the fashion industry, but in society as well. Women are so sexy and fascinating and I just wish the industry would drop labels such as “plus-size” and start celebrating women and their beauty in its various shapes and sizes.

Sounds good to us. What are you working on next?

I’ve got so many exciting things in the pipeline and can’t wait for what else the future has in store. I plan to support more body confidence projects and to write. All I can say is, watch this space 😉