“For those of you who don’t think I post my own videos, I did this video yesterday, so you’re wrong.” 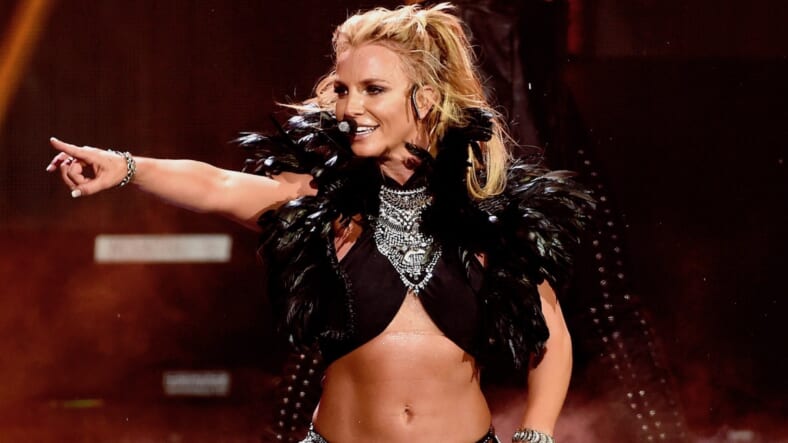 The veteran pop superstar shot down accusations alleging that she doesn’t control her own social media in a pair of revealing videos shared to the ‘gram.

“For those of you who don’t think I post my own videos, I did this video yesterday, so you’re wrong, but hope you like it,” she said.

In the post’s second video, Spears models a trio of short dresses while grooving to Rihanna’s “Man Down.” Classic Brit.

After assuring her nearly 22 million followers that she curates her own Instagram feed, the “Toxic” singer then posed atop an inflatable peacock while wearing a zebra-striped bikini.

The same two-piece appeared earlier this month in what could be Spears’ sexiest post of the year: a video of her bikini-clad yoga session set to Cardi B, Bad Bunny and J Balvin’s chart-topping 2018 track, “I Like It.”

With all of those good vibes, it’s easy to forget that Spears is currently embroiled in a legal battle with her ex-manager.

Fox News has further details on the drama:

While the star is keeping it light on social media, she’s in the midst of an intense court battle with her ex-manager. Los Angeles Superior Court Judge Brenda Penny ruled that a restraining order against Sam Lutfi will stay in effect until June 13, when a hearing will resume on whether it can be extended for several years.The restraining order alleges that Lutfi harassed and disparaged Spears and her family via social media and text messages. Lutfi has been critical on social media of a conservatorship that has left the singer under the control of the court and her father, adding his voice to a chorus of fans who want her “freed” from the arrangement.The singer did not appear at the hearing. She was represented by the court-ordered conservatorship that is run by her father, Jamie Spears, and has controlled most of her affairs for 11 years following a mental breakdown.

Show your support for Brit by giving her follow on the ‘gram—you won’t regret it.