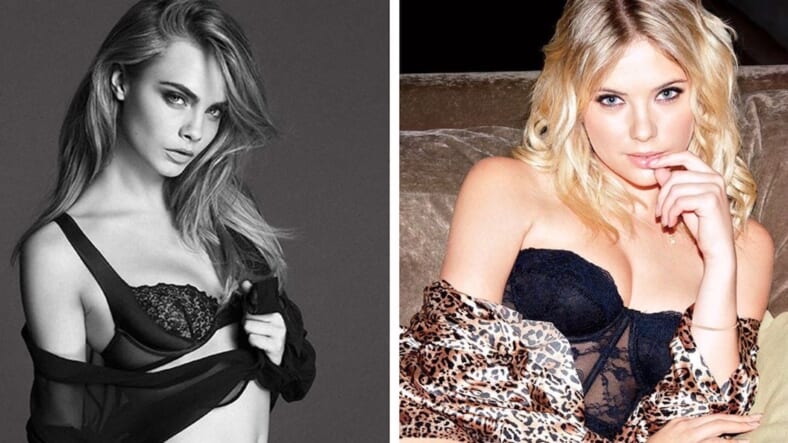 Just after it was revealed Rita Ora wrote her bisexual anthem “Girls” about Cara Delevingne, it appears the sapphic supermodel has moved on.

Twitter is atwitter with speculation that Delevingne is likely dating Pretty Little Liars star Ashley Benson, and they have good reason to think so.

Paparazzi first caught the pair holding hands in New York City, and the photos were published by the UK tabloid The Metro.

They were seen just a week later holding hands and getting close in West Hollywood. One photo even revealed Cara giving Ashley a peck on the cheek.

ASHLEY BENSON AND CARA DELEVINGNE. I’M LIVING FOR THIS. pic.twitter.com/FucIlOGDe7

What’s more, some Twitter busybodies have also claimed that they have seen the two making out IRL.

soooo cara delevingne and ashley benson were sitting next to me at @nbcsnl and were making out ! #whatislife

Nothing is official, but Twitter is already “shipping” its new favorite celebrity couple.

Ashley and Cara are the cutest couple in the 🌎