Chrissy Teigen Has Nip Slip While Grinding with Hubby John Legend, Laughs It Off Like a Champ

This is how you handle a wardrobe malfunction. 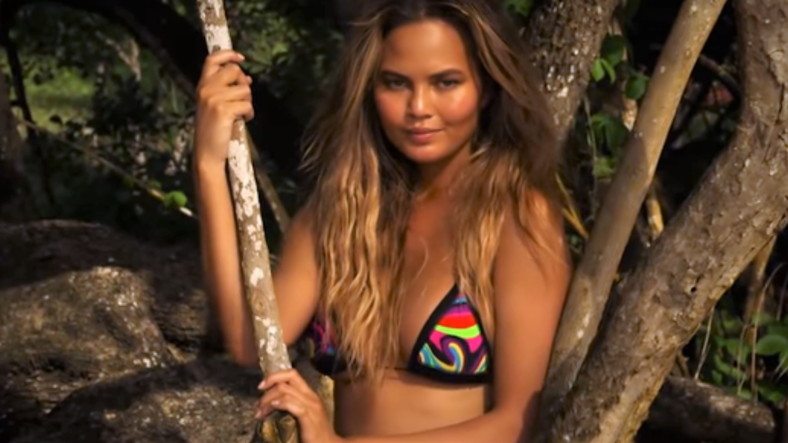 If you’re in the public eye as often as Chrissy Teigen is, you’re going to get caught with your pants—or, should we say, dress—down once in a while. But very few of us could handle these unfortunate happenings with her type of grace.

Take the above clip, for instance. During a performance of John Legend’s 2006 hit “Slow Dance” at Madison Square Garden on Tuesday, the R&B singer brought his gorgeous wife on stage. As they bumped, grinded and twirled their way through the tune, her boob briefly exited through the side of her black maxi dress.

Without missing a beat, her husband swooped in to put everything back where it should be, and Teigen, being the class act she is, simply gave the crowd a curtsy and a kiss before laughing the whole thing off and dancing onward.

This isn’t even the first nip slip Teigen has managed like a total pro. While seated in the press box during the 2017 Super Bowl, a cameraman inadvertently caught a shot of her nipple poking out of a mesh shirt.

@chrissyteigen @johnlegend ummmmm the press box ain't save you…👀 pic.twitter.com/KJL5oy5Xtz

How did she respond then, you ask? Boom goes the dynamite!

Seriously, how could anyone not adore this woman?