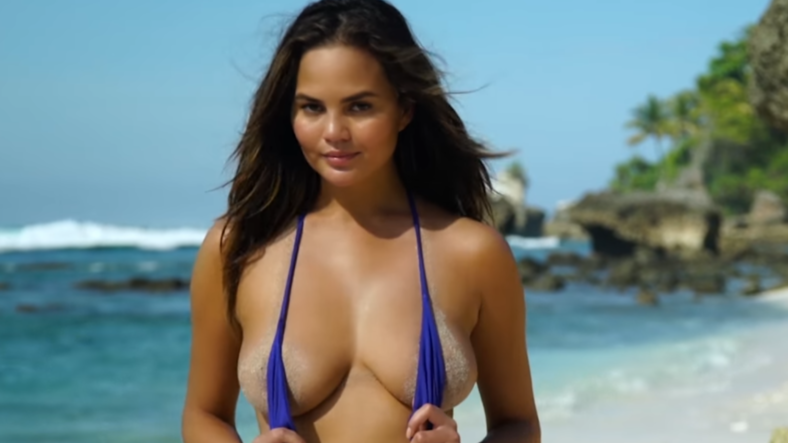 Not only can the social media-savvy supermodel make her breasts talk, but they star in her latest hilarious video as she struggles mightily to zip up a skintight jumpsuit. Check it out above, you’ll see what we mean.

She tries and tries, but they just won’t budge. Ultimately, the impressively endowed beauty is forced to surrender to the laws of physics. Side note: John Legend, you are one lucky dude.

TMZ, being the diligent journalists that they are, followed up with Chrissy to ask her advice about squeezing into a jumpsuit, to which she responded, “Well, I’m not very good at it.”

Hey, nobody’s perfect! Speaking of busting out, peep these other videos of Teigen looking amazing on the beach. You’re welcome.

And of course, she keeps the fire burning on her always incredible Instagram feed. Here are some of our favorites:

The @si_swimsuit edition is on stands tooooo-day! (Shoutout to everyone dissecting every little part of my bod in the last comment thread, you're all really wonderful, kind, flawless beauties – I can tell from your pages!! ❤️❤️❤️)

Last night: Chappelle! I keep saying every night out will be my last for a while but life is too short 😩