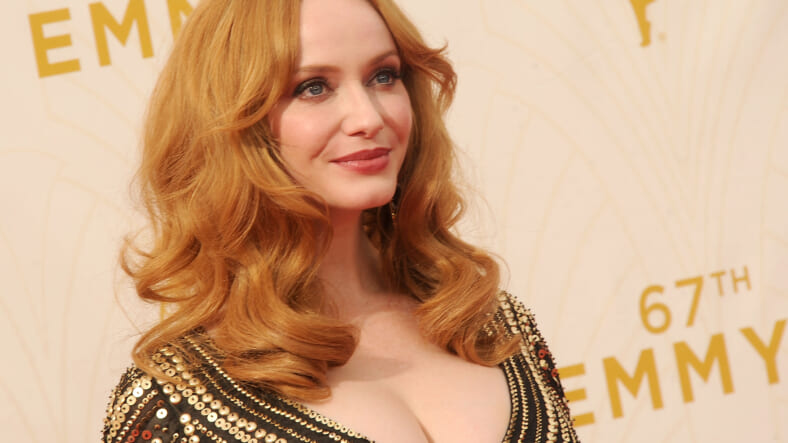 Christina Hendricks has blessed us with another year of existence. The audacious, bodacious redhead has been playing by her own rules since even before her breakout role as Joan Holloway on the dearly departed Mad Men.

A role model for brainy, curvy women everywhere, the Emmy-nominated actress has never shied away from flaunting her curves and has been very selective in choosing roles that play to all of her talents.

Here’s a few things you may not have known about the birthday girl:

The daughter of a psychologist and a British-born forester, Hendricks has dual UK and U.S. citizenship.

Hendricks is not a natural redhead: She dyed her blonde hair red at the age of 10 in order to emulate her childhood hero, Anne of Green Gables.

In addition to her impressive TV and movie resume (Drive, Dark Places), Hendricks also starred in the video for Broken Bells’ The Ghost Inside.

Hendricks is no pushover, and she was way above peer pressure at a young age: After she was bullied in high school, she went through a Goth phase, which her parents tried to talk her out of. “

My parents would say, ‘You’re just alienating everyone. You’ll never make any friends looking like that’,” Hendricks said in a Guardian interview. “And I would say, ‘I don’t want those people to be my friends. I’m never going to be friends with the people who beat up a kid while everyone is cheering them on.”

Here’s hoping Hendricks has a great day, and that we may soon get the gift of her in a starring role soon.