Cindy Crawford Is Retiring From Modeling

A visual ode to the woman who defined the 90s. 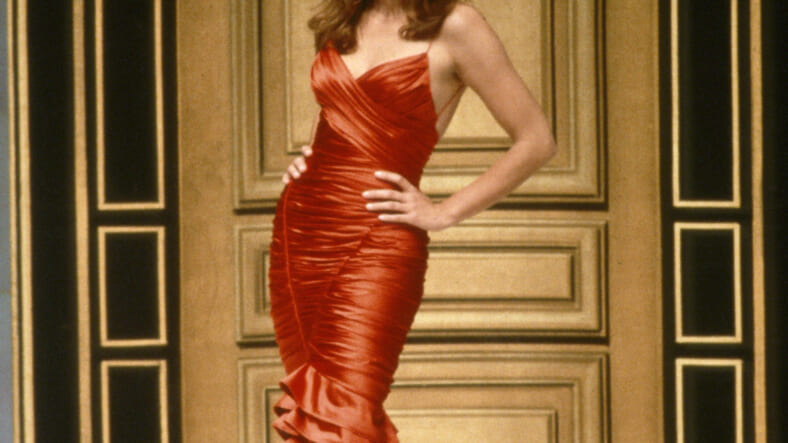 Cindy Crawford ruled the 90s. The brunette beauty shattered our reigning perception of the blonde-haired, blue-eyed American stunner. That trademark mole has been photographed by some of our most iconic photographers, from Arthur Elgort to Sante D’Orazio. She got an entire generation of Americans hooked on Diet Pepsi, and a plunging red Versace dress she wore to the 1991 Academy Awards even has its own Wikipedia page.

At 49 years old, the knockout can still make time stand still. Sometimes, it seems like the world will never get enough of Cindy.

Sadly, our girl Cindy just dropped some devastating news in the latest issue of Rhapsody: she plans to retire for her 50th birthday, which is fast approaching on February 20.  “I’m sure I’ll have my picture taken for 10 more years, but not as a model anymore,” she told the magazine. “And that’s OK. I’ve done it. I’ve worked with all these incredible photographers.

Even more heartbreaking, she seems to have grown weary of the world of modeling. “What else do I need to do? I can’t keep reinventing myself,” she said. “I shouldn’t have to keep proving myself. I don’t want to.”

We’re here to tell you, Cindy, that you never have to “reinvent yourself.” Just keep doing you, and we’ll always be here to sing your praises. But even if you do abandon the runway and disappear from magazine covers, we can take comfort knowing that we’ll still see the odd paparazzi or red-carpet shot here and there.

We’ve complied some of our favorite shots of the one and only Cindy Crawford in a visual ode to this iconic superbabe. She’ll always rule our world.