The Top 10 Colleges With the Hottest Student Bodies, Ranked

Did your alma mater make the cut? 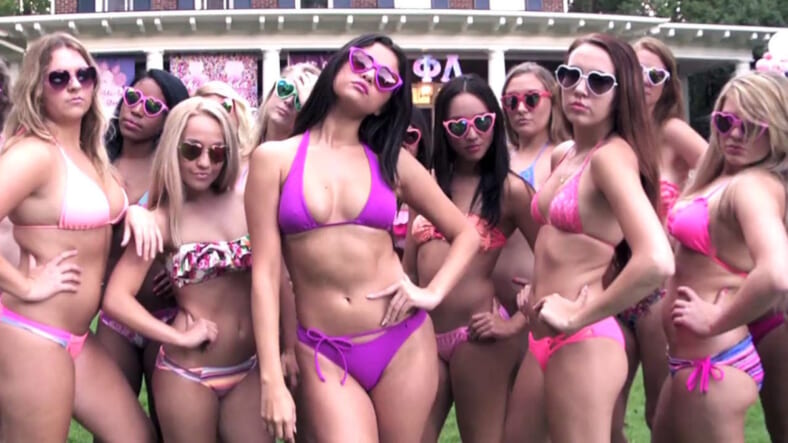 No such thing as too much Bruin spirit🐻🏈

Let’s be real. For the nation’s college hopefuls, academic ranking, tuition costs and faculty renown aren’t the real reasons to pick a school. Instead, the nation’s young men pursuing higher education really want to know one thing —which campus has the hottest girls.

Clover, the dating application, is here with the answers. Analyzing data from 1.4 million users, Clover was able to score student members on their attractiveness from the ratio of likes to dislikes they received from potential suitors.

Once individual levels of attractiveness were determined, Clover then grouped students within their respective universities and were then, at last, able to determine which schools had the hottest students, male and female.

California did the best, with the state claiming two of the top three colleges with the most attractive women. Meanwhile, the University of Wisconsin, at number five, claimed the highest percentage of women looking for long-term relationships (read: bad hook-up culture).

Below, see the full top 10 colleges—some of them entire university systems—with the most ridiculously attractive women:

as long as the weather keeps going like this☀️

@valeriemikos from University of Maryland. #TFMgirls #TFM @totalfratmove Babes email photos with your Instagram name and school to TFMgirls@totalfratmove.com to be featured!

Dm us to be featured!

Dear AZ, Give the people what they want. ☀️ Sincerely, Spring Break University

Suddenly, we have the urge to go back to school…