Watch: This Sorority Recruitment Video Is Beautiful And Insane 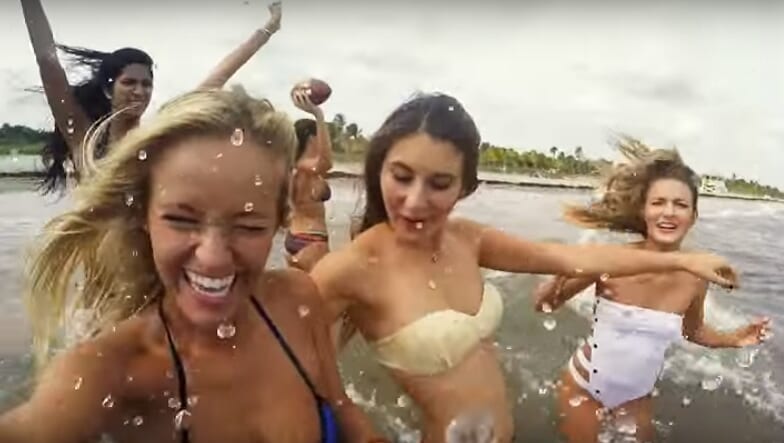 The University of Miami chapter of the Delta Gamma sorority spared no expense on their 2016 recruitment video, and it shows. We pledge our allegiance to the sisters of Delta Gamma and seek to learn whatever secret symbols and handshakes we need to know to be in their society.

Seriously, after you watch this you may be both thrilled and feel a little like you’ve been recruited into some serenely joyful cult in which jumping off houses into the ocean is a rite of worship.

Had the video been a mere 2:30 or so, chances are it wouldn’t have drawn the full attention of the internet and gone pretty thoroughly viral in a matter of days. But it’s over four minutes long. At some point, around three minutes in, the viewer is drawn inexorably into the swim-suited, shade-wearing, sun-splashed world of the lovely women of Delta Gamma and converted to their cult of boating, giggling in the surf and forming giant anchor symbols on the beach.

Buy your swimsuit or trunks now. Pick up your shades and put on your flip-flops. Grab that bottle of sunblock. Throw everything else in the sea and head to Miami.

We are all in Delta Gamma now, and everything is fine.