Elle Johnson, the Model Behind the #FreeTheCleavage Movement, Has Been Booted Off Instagram

Are these pics really too hot to handle? 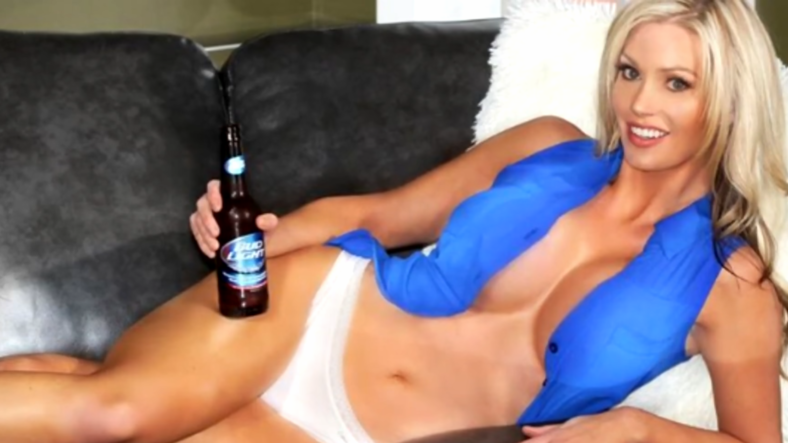 I regret to inform you that I am unable to participate in #nationalhighfiveday. pic.twitter.com/HuvS3HeRF5

Elle Johnson, the outspoken Instababe who championed a #FreeTheCleavage movement after Spirit Airlines yanked a passenger for showing too much cleavage, is now victim of another boob-related injustice.

The model’s racy Instagram feed has been deactivated for reasons that are not yet apparent, though we’re guessing it has something to do with photos that are just too hot to handle.

Booted off #Instagram again! They treat models like #United treated Dr. Dao. Not the physical abuse part-the random get off the plane part! pic.twitter.com/9pcElfjWlx

Naturally, she turned to Twitter to vent her frustrations while simultaneously taking aim at United Airlines’ recent wrongdoings.

“Booted off #Instagram again! They treat models like #United treated Dr. Dao,” she wrote. “Not the physical abuse part-the random get off the plane part!”

In an exclusive statement she gave to The Smoke Room, Johnson explained her dismay with the photo sharing site.

“They should definitely delete SI_Swimsuit for posting its last pic of Nina Agdal unless they think that sand over her bare c*****e is not sexually suggestive! Although Instagram’s terms of use allow them to disable accounts for any reason, they do not reserve the right to discriminate between users. But they clearly do!”

Her logic is sound, and The Smoke Room also indicated that it’s not the first time Johnson has been at ends with Instagram. She was also booted off back in January, but her account was quickly restored following her followers’ outrage.

Unless there is some extraordinary set of extenuating circumstances we’re unaware of, there isn’t one goddamn reason why Elle shouldn’t have her account restored in its entirety. In the meantime, you can get a taste of why we loved her feed via this video from Telemundo.

And let’s all be thankful she hasn’t been kicked off Twitter yet.

It's #FriskyFriday and I'm dropping the bass! Boom! It's dropped! 😘 Have a fabulous #weekend! pic.twitter.com/39Po68UnMW

#EarthDay makes me so hot! pic.twitter.com/DhG6I2TdWm

Is it #Monday? Or am I missing something? #mondaymotivation #mondaymorning pic.twitter.com/BZFFOctsV9

It's #bicycleday and #humpday all in one! Turn on, tune in, drop out. ✌🏻 pic.twitter.com/BAv1JMSvKg

Looking everywhere for spare change to pay my #taxes! Darn you, #IRS! Well, I hope you're getting an extension! 😜 #TaxDay! #TuesdayTeaser pic.twitter.com/34TbSpE1UL