‘Star Wars’ nerds, prepare to be inexplicably turned on. 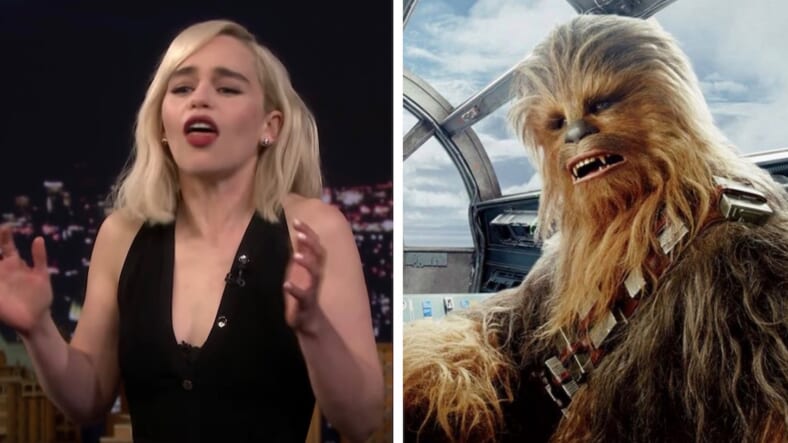 Emilia Clarke, one of the stars of Solo: A Star Wars Story, has definitely been around a wookie or two in her time.

Despite that, the Game of Thrones beauty couldn’t communicate in the furry space beast’s native tongue if it killed her.

Watch her try her best to perform a wookie impression on The Tonight Show Starring Jimmy Fallon, only to crash and burn faster than an X-Wing Fighter.

“Bluuuulululluhhh,” she manages. That’s definitely not how it’s done, Emilia. But don’t worry, we forgive you.