“I would like to be that person who is above it all, and she is that way.” 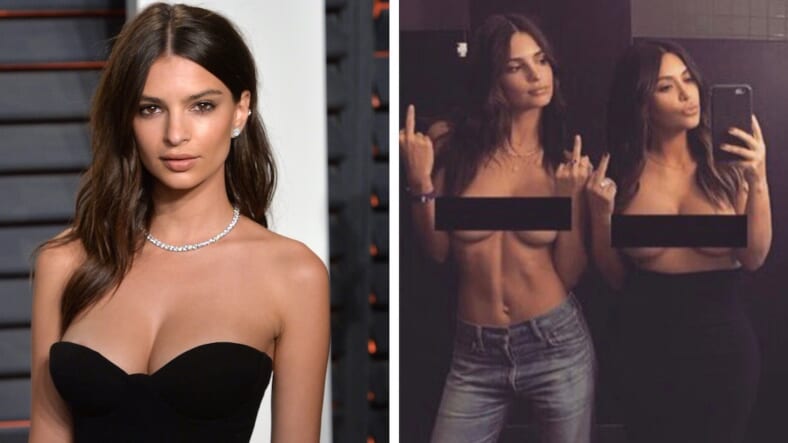 Emily Ratajkowski thinks Kim Kardashian is an “amazing feminist” and even revealed she “channels” her on bad days.

The 26-year-old model explained to Elle Australia why she admires the controversial reality TV mogul, with whom she appeared in a viral topless selfie in 2016.

“I think Kim Kardashian is actually an incredible feminist,” she said. “I channel her when I’m having a bad day.”

“I’m like, ‘Here’s someone who really doesn’t give a shit what anyone thinks,'” she added. “I would like to be that person who is above it all, and she is that way.”

EmRata went a little more in-depth into her brand of feminism, which fights the assumption a woman can’t be both sexy and taken seriously.

“I’ve definitely experienced that. I mean, most profiles written about me are like, ‘We’re so surprised she’s smart!’ On one hand, I get that it’s natural instinct to have an idea about someone, but also, fuck you.”