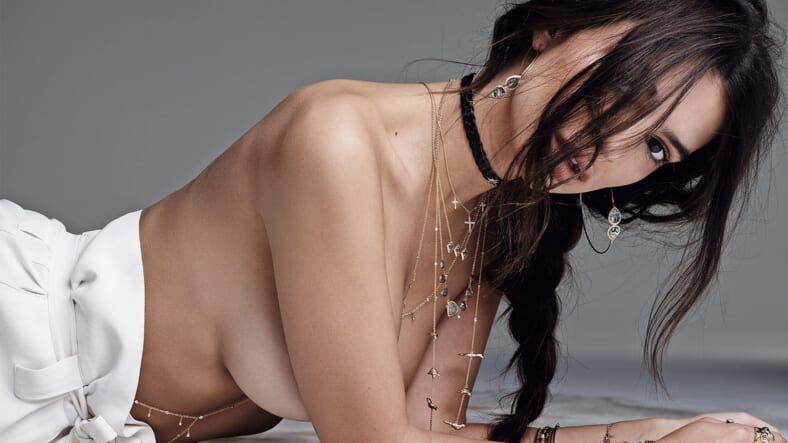 Emily Ratajkowski’s body is a wonderland. That isn’t some sort of groundbreaking statement, just a reiteration of fact: that body is a freaking wonderland. We’ve admired her voluptuous in limited-edition photobooks,  got an eye full of sideboob on red carpets and got a little hot under the collar during the frigid cold of the holidays because of her well wishes.  Now she’s back and still as sexy as ever in a new ad campaign.

For her latest project, the star was tapped by Jacquie Aiche as the face of her Spring 2016 jewelry campaign. For you sharp eyed followers, you may recognize another saucy shoot that the model posted on Instagram. But, as a part of our due diligence, we’ve pored over every inch of exposed skin — er, jewelry — in the images and have confirmed that these are not the same shots.

Wearing everything from pendants to chokers and rings (all topless, of course) Ratajkowski poses for elegent shots by Naj Jamai. Our only prayer? That this is a multi-year deal.

See the rest of the campaign on Highsnobiety.