She’s way cuter than Andre the Giant ever was… 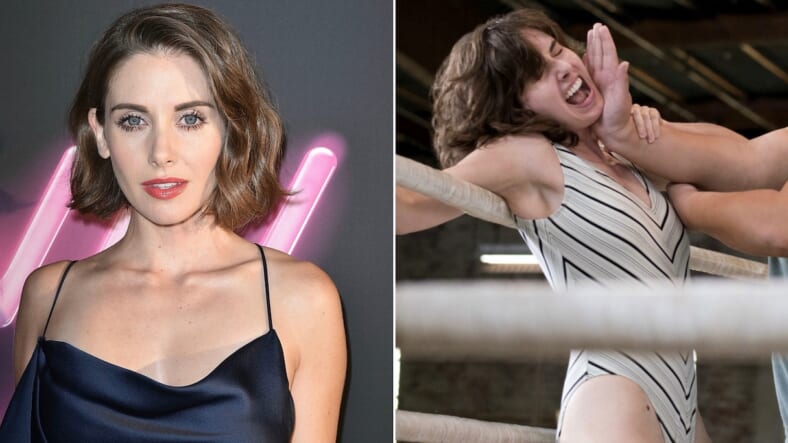 Viewers, for reasons that are fairly self-evident, are loving the “gorgeous ladies of wrestling” and their feisty ringleader Alison Brie.

The Netflix series GLOW has been such a runaway hit, among critics as well, that—load the confetti cannon—it has been renewed for a second season.

Netflix made the announcement with a short video teaser—shiny lips that fade into a neon “2” sign.

Still, Netflix has yet to say when that will be, but we’ll be ready to stream when they do.

Until then, celebrate the good news with some more of Brie’s hottest shots.