There’s no one more badass than this ‘Empire’ starlet. 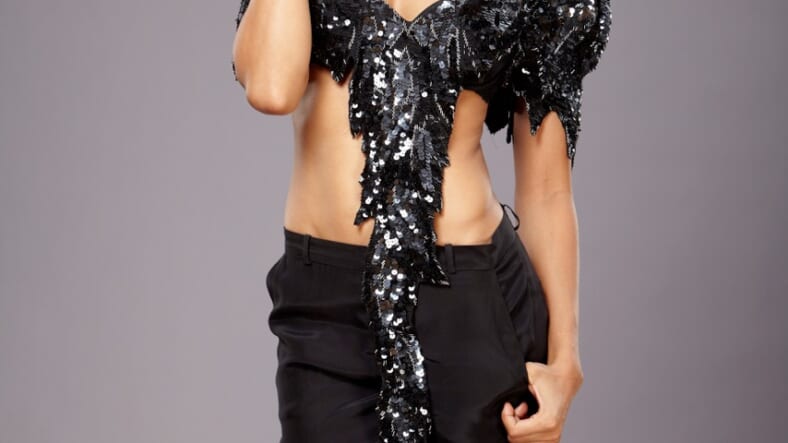 Though the Texas native’s first time in front of a camera involved some low key tongue action with Justin Long in He’s Just Not That Into You, she’s been yearning to throw on a cape and fight crime for years. “My ideal role is a superhero role,” she told Maxim. “I love action-hero type roles or a badass role like Angelina Jolie in Mr. and Mrs. Smith. She’s the epitome of power. A powerful role with super human and/or action hero skills is one of my dreams.”

While Annie’s time kicking ass as Kate Prince on the Charlie’s Angels TV reboot was short lived, she’s still racked up quite an impressive resumé as an array of on-screen women you wouldn’t want to mess with. Her latest role as newcomer Harper Scott on the second season of Fox’s hit series Empire is no exception. “Harper is a driven reporter willing to go the extra mile for a story and do anything necessary to get it,” she said of her character. “Harper has this drive which I gravitate to and love being able to play with.”

The stunning 32-year-old has managed to stand tall during her recurring stint, impressing viewers by going head-to-head with top dog Terrence Howard and his hip hop mogul character, Luscious Lyon. Now, with the show heavily intertwined in the world of music, you may be curious if there’s any chance of seeing Harper swap out her reporter life for a chance in the spotlight — but don’t get your hopes up. “I’m a great singer if you like the sounds of dogs howling,” she jokingly told Maxim. “Apparently, producers didn’t think it was worth telling the audience to get earplugs.”

But perfect pipes or not, it’s hard to turn away from this Empire star.

Annie spoke with Maxim about getting her attention, loving astronomy, and feeling best when bare.

1. If you weren’t an actress and you could do anything else (no training required), what would you be doing?I would be a dentist. Teeth fascinate me! And weirdly enough I’m terrified of going to the dentist, but I’m so curious about everything they do. That, or a race car driver!

2. Do you have a favorite curse word to use?F*ck. I just feel like it gives me a sense of relief. It’s just the right word to express myself in almost any way.

3. What do you wear to feel your sexiest?Nothing. Being bare isn’t only revealing, there’s also a mysterious element to it which I find sexy.

4. What is your favorite part of your body?My boobs! What can I say..

5. How can a guy go about getting your attention?By not trying to get my attention. That’s when I’ll spot you.

6. Are you crushing on any ladies right now?Yes, Charlize Theron, for sure. Did you see her at the MTV Movie Awards?! I also crush on Halle Berry and Kate Hudson.

7. What would you do on an ideal date?I’m fascinated with astronomy; the night sky, stars, planes too. There’s a grass landing at the In-n-Out by LAX. Laying there on a clear night under the stars, watching the flights come and go. Get me an Oreo shake and a burger, we’re set!

8. If you have a free afternoon, what can we find you doing?At the gym on the treadmill seeing who I can outrun. Men especially. I’m a little competitive.

9. What’s the worst pick-up line you’ve ever heard?“Hey girl, what’s your Instagram/Snapchat?” Just no. Simply ask me my name.

10. So what’s next for you?Kidada Jones in the Tupac biopic, All Eyez on Me out this fall. And in the meantime I’m working on my superhero skills.