The ‘Cooper Barrett’ star knows all about the art of a good joke. 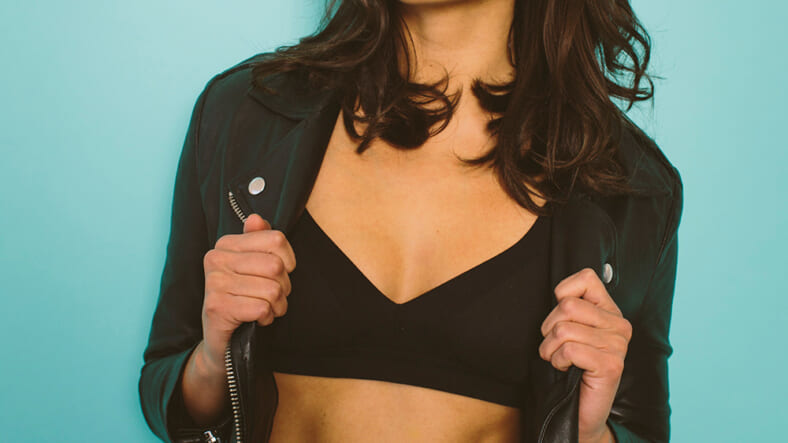 Meaghan Rath always knew exactly what she wanted to do. The Canadian native got her start in the acting world relatively early, booking her first role after a casting director hand-picked her for the 2001 flick, Lost and Delirious. “I played Alison’s Friend #3,” she jokes with Maxim, “which is widely considered my most compelling work to date.”

After racking up an impressive resumé, including her role as ‘ghost with the most’ Sally Malik on Syfy’s Being Human, Meaghan is ready to embrace her more comedic side. Even with a full-fledged background in drama, the 29-year old starlet loves a good laugh. “Comedy is actually where I thought I’d land, and it definitely feels right,” she told Maxim. “I love screaming and crying and being hung from a noose in front of a green screen as much as the next guy, but it’s a refreshing change to get to make jokes all day.”

And that’s exactly what she’s doing on her new show, Cooper Barrett’s Guide to Surviving Life. The newest addition to the FOX comedy line-up is said to be a laboratory mix of The Hangover and Ferris Bueller’s Day Off, focusing on life after college in the real world and figuring out just exactly where you’re supposed to be. Your twenties are a time for having the time of your life- and just trying to make it out alive.

“I play Kelly. She lives across the hall from our hero Cooper and his 2 roommates,” she told Maxim. “I immediately loved how relatable she is; she projects a very tough image, but inside she’s actually quite vulnerable and afraid of failing, which is something I can identify with. Kelly and Cooper are balls deep in the ‘will they/won’t they’ game, both reluctant to reveal how they really feel about each other at the risk of losing their friendship altogether and it makes for some pretty explosive moments.”

How much more relatable can you get?

1. What’s your favorite curse word to use?Cocksucker. I feel strongly about it. It’s specific. It’s a subcategory of motherfucker. Cocksuckers are also non gender-specific, which I find to be progressive of me.

2. What do you feel most sexy wearing?Leather pants, boots, and an old comfy flannel. It’s pretty much my uniform. I feel best when I’m comfortable, and it really doesn’t get much better than a loose-fitting shirt.

3. Is there something on your bucket list you’ve yet to accomplish?I’ve wanted to sky diving for years. For the love of God, somebody take me sky diving!

4. Do you have a movie you find yourself watching over and over again?I have a lot of favorite movies, and could never pick one, so how very dare you for asking. I will name a bunch: Goodfellas, Annie Hall, Husbands and Wives, Blue is the Warmest Color, Melancholia, Boyhood, Drag Me to Hell, Mean Girls. The movie I have seen the most is probably Home Alone.

5. How can a guy go about getting your attention?Having talent. It’s probably the most attractive thing to me. Someone who is really really good at what they do.

7. If you have a free afternoon, what do you usually do with it?I make a big show of telling people how productive I’m being by running errands, working out, reading scripts, brunching with friends; but really I’m wrapped in a blanket with my dog watching Real Housewives.

9. How should a guy be groomed?Not at all? I’m not super into an overly groomed man. I think scruffy and messy is pretty great.

10. So what’s next for you?Next is promoting my show, Cooper Barrett’s Guide to Surviving Life. It’s not a bad thing to be doing, because I’m wildly proud of this baby. Sundays at 8:30pm on Fox between The Simpsons and Family Guy. You will like it.