J-Lo’s Son Wants Her to Wear More Clothes On Stage, and We’re Not Sure We Agree 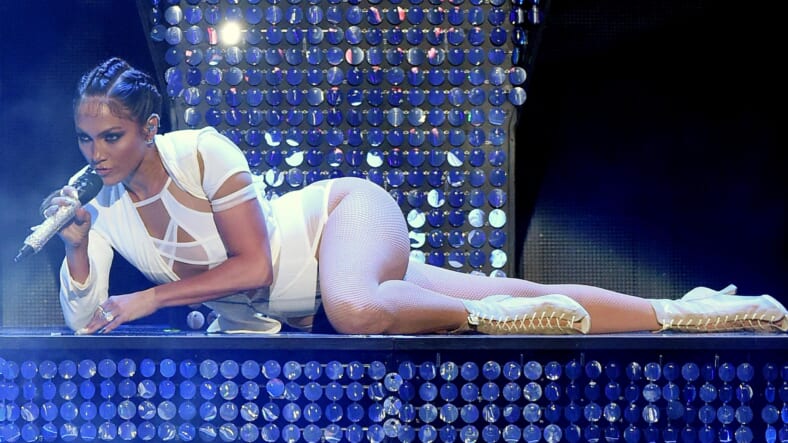 In an interview for AOL’s Builds Series with Shades of Blue co-star Ray Liota, Jennifer Lopez touched on a slightly awkward conversation she had with her nine-year-old son.

“You know what Max said to me the other day,” Lopez asked. “He said ‘Mommy, why don’t you wear pants in your shows? You should wear pants more.’”

That question, we imagine, is a toughie for any mother who regularly sports scanty attire in front of thousands of people to answer. J Lo admirably opted to respond with sheer honesty.

If he’s not a fan of her on-stage clothing choices, he should probably steer clear of her Instagram page, too.

Mood on a rainy day…☔️