“It was humiliating. They made me feel like a terrible person, and I did nothing wrong.” 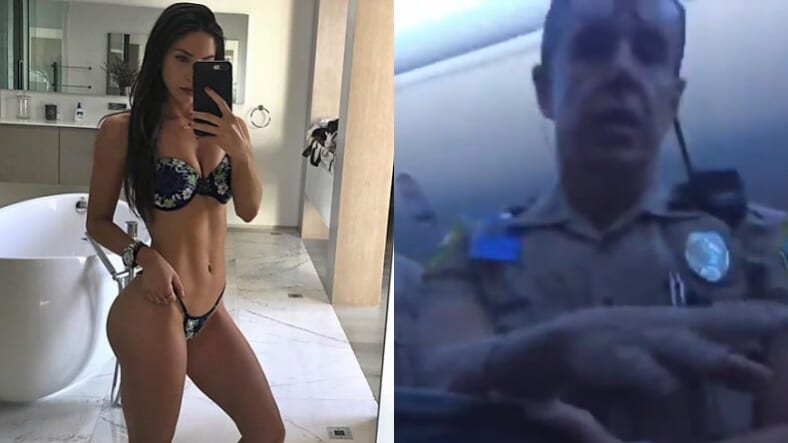 American Airlines has made a new enemy in Jen Selter.

The belfie-snapping Instababe was kicked off of a New York-bound flight after sitting on the tarmac in Miami for two excruciating hours.

The incident began innocently enough. Page Six reports that a male flight attendant asked Selter to take a seat after she stood up to stretch and put her jacket away.

“The plane wasn’t taking off. I told him to relax,” she told Page Six. “But he had something against me,” she said. “He was so nasty.”

He asked her if she wanted to be removed from the flight, to which she sarcastically responded, “Yeah.” Turns out that wasn’t the best response.

Selter then live-tweeted footage of the debacle that ensued. The first shows an American Airlines employee telling her that “the crew is asking for you to be removed.”

The pilot had evidently called the police, who boarded the plane to remove Selter.

“Just like that, 5 cops coming at me,” she tweeted. “Worst experience American Air.”

Just like that, 5 cops coming at me. Worst experience American Air ✌🏼 pic.twitter.com/1LY1NrAQ3k

I did nothing wrong but got kicked off the plane. pic.twitter.com/XE2Q35dghm

Selter’s one million-plus Twitter followers were now fully aware of her situation. An American Airlines rep attempted to do damage control.

“American offered her hotel accommodations and transportation, which she declined.”

According to social media star, that’s all a bunch of bullshit.

AND correction @AmericanAir your employees working that night did NOT offer ANY accommodations. They specifically said if you get taken off, they are not responsible anymore and that we can sleep in the airport

“They specifically said if you get taken off, they are not responsible anymore and that we can sleep in the airport, she tweeted.”

Selter also added that the delay had nothing to do with her.

“I just want to be clear that we were on the plane at the gate for 2 plus hours because of a MECHANICAL issue which had nothing to do with me.”

It’s just the latest in a sad series of airline-related horror stories. Take your mind off all that nonsense with some of Selter’s sizzling Instagram photos.