Jennifer Aniston Has Finally Confirmed That She Started the #FreeTheNipple Movement

“It’s just the way my breasts are!” 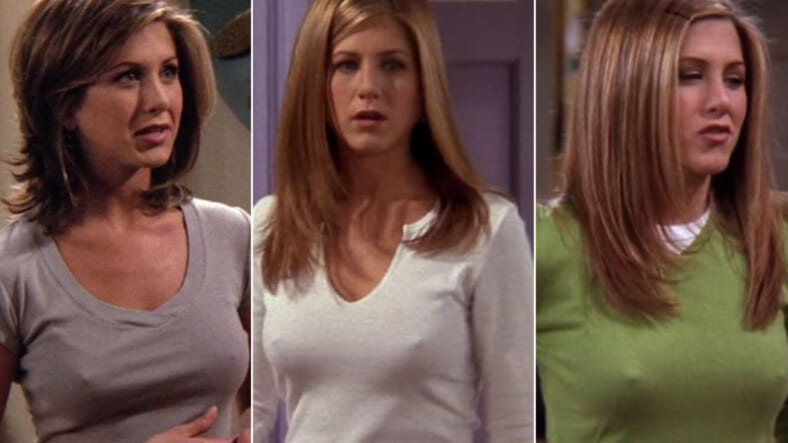 Cara Delevingne, Chrissy Teigen and Kendall Jenner are all celebrated as bringing the #FreeTheNipple movement to the national spotlight.

But there was another brave nipple crusader who blazed that trail long ago: Jennifer Aniston, whose gloriously perky nips made countless guest appearances on her beloved ’90s-era sitcom Friends.

Their prominence have lead many on the Internet to christen her the “O.G. of #FreeTheNipple.” Now, their queen has responded.

In a wide-ranging interview with Vogue, Aniston embraced her nipples’ legacy.

You can almost hear her “Rachel voice” coming through the quote.

It’s so humble of Aniston to claim “it’s just the way her breasts are” and that she wasn’t actively fighting puritanical nipple censorship way back in the Dark Ages of the ’90s.