Watch Jennifer Lawrence’s Sloppy Stripper Pole Dance, Which She Will NOT Apologize For

“I had a BLAST that night.” 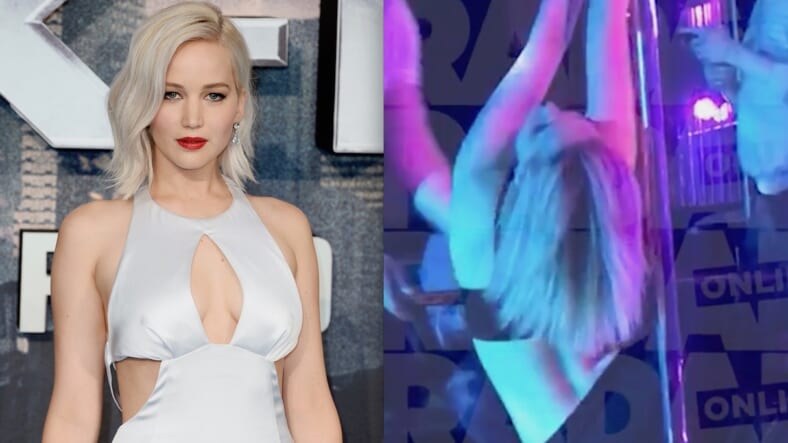 Oscar-winning actress Jennifer Lawrence is garnering mixed reviews for her latest performance—on a pole in an Austrian strip joint.

About the leaked video of her “cutting loose like a low-rent gogo dancer in a Euro-trash strip club,” J-Law is making no apologies. In a rare post to her Facebook page, she explained she was just letting her hair down.

Stars… they get drunk and grind on poles in Austrian nightclubs just like us!