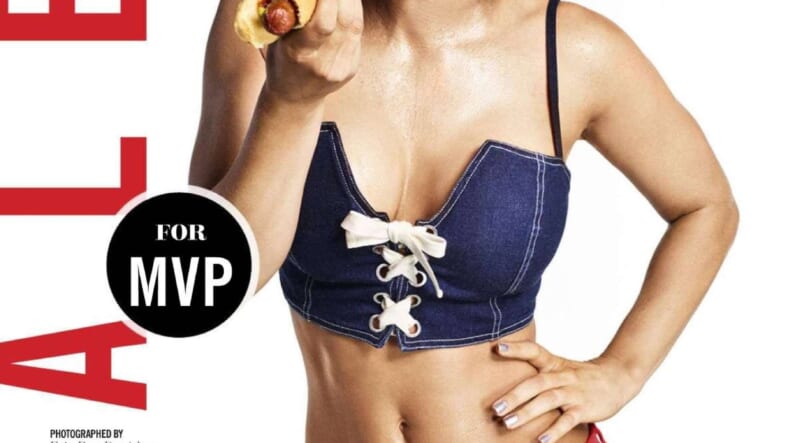 Almost 10 years and 200 episodes later, and Kaley Cuoco’s TBBT presence has become an American tradition in living rooms across the globe. Not that we’re complaining though — the newly single 30-year old actress oozes enough sex appeal to elevate everything she does to the next level. Need proof? The Maxim favorite took to Cosmopolitan for their April cover shoot to show she’s a real MVP. Donning a very patriotic red, white, and blue outfit (with a hot dog to boot), Kaley hits every pose out of the park. Check ’em out for yourself below: