As if she needed the reminder… 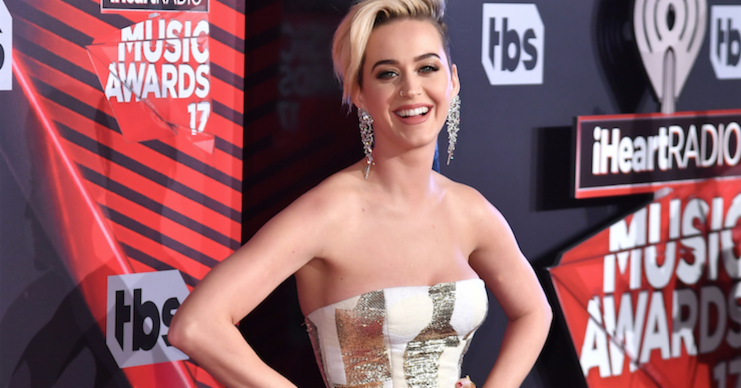 When Katy Perry feels down in the dumps, she doesn’t order Chinese takeout (off-limits for a celebrity) or kiss another girl (again). Instead, she does something far healthier and mentally sound.

The “Roar” and “Firework” singer searches “katy perry hot” on Google to remind herself that, whatever the situation, she is still very hot.

This revelation, as most do, came from Instagram. After sharing two decidedly unflattering shots on the social-media app, Katy posted a racy photo of herself in a bra and jean cut-off shorts. With some jest, she left the Google search she used to track down the photo in the Instagram: “katy perry hot.”

was feeling insecure about my last two posts so

Katy captioned the post, “Was feeling insecure about my last two posts so.”

For the record, here are those last two posts.

I'm proud to announce the cover for my 4th album! – – – – – Happy April Fools! Been plotting in the same type of sports bra from my IM and laminated calendar since 99' It's all about the long game…

What is most surprising is that her iPhone was running low on juice… at just 13%, presumable from googling “katy perry hot” so much.