How Does the Star of the New ‘Baywatch’ Movie Stack Up to Pamela Anderson?

Kelly Rohrbach has a VERY different take on CJ Parker. 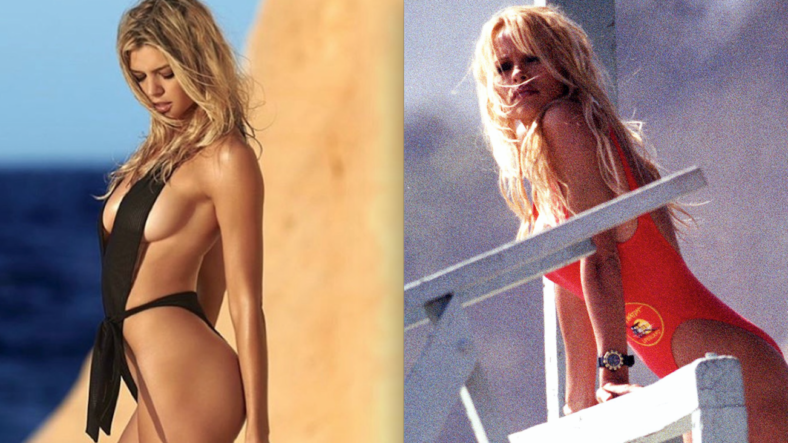 Appearing on one of four covers of the Nov. issue of V magazine, Sports Illustrated model-slash-actress Kelly Rohrbach dropped some details about her upcoming role, one of the most anticipated in ages, as CJ Parker, the buxom lifeguard originated by Pamela Anderson and her famous red one-piece bathing suit.

Cover four in our November series goes to model and actress @kellyrohrbach, who's calling for a change in how we approach beauty standards. Read the full story at our link in bio. Photographed by @inezandvinoodh styled by @jaymassacret written by @lyonghost makeup by @jeaninelobell hair by @hairbychristiaan. Jacket @celine.world. #VisforVote

Rohrbach told V that she intended to modernize the role for the Baywatch movie, with no disrespect to the O.G. C.J. Parker, of course.

“I didn’t want to just be a wax figure hot girl,” Rohrbach said about her update on CJ. “I sort of made her anti-perfect. Goofy, fun, and awkward at moments.”

“She’s super grounded and unaffected. She doesn’t see herself the way the world sees her on the outside,” she added.

Whatever her take, the world will certainly be watching the beautiful Kelly Rohrbach when the Baywatch movie debuts on May 19, 2017.

Muscle contest with @therock …. I feel like I won. #BAYWATCH baby!