No, the Kardashians are NOT holding Kanye West hostage. 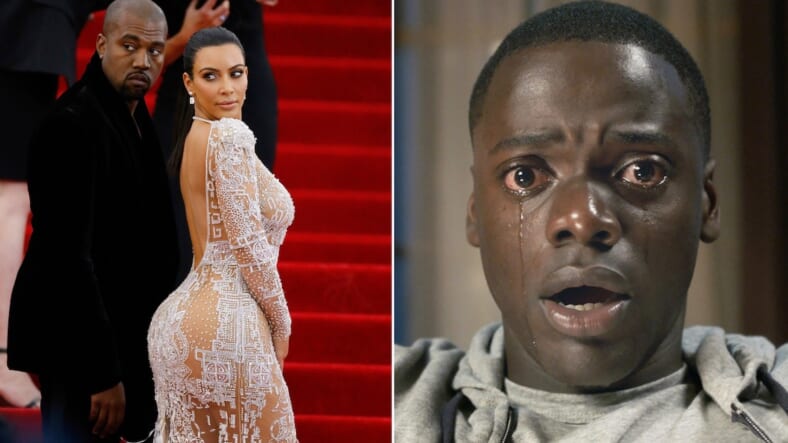 The movie Get Out, about a white family that lures in black men to hypnotize them and take over their bodies, immediately drew comparisons to the Kardashians.

Think about it: Kim nearly exclusively dates black men, recently Kanye West, and their family has a track record of “cultural appropriation,” or stealing elements of black culture for their own gain.

But the reality star is slamming the comparisons, claiming that she is not holding Kanye West hostage and that her “mom-ager” Kris Jenner is not an evil genius.

“Another dumb fucking Kanye Get Out reference,” Kim says in a video from Elle magazine, where she addresses negative and false headlines made about her.

“People are so fucking dumb and stupid.”

The Internet is not convinced.

Get Out The Kanye West Story