Their resemblance is uncanny. 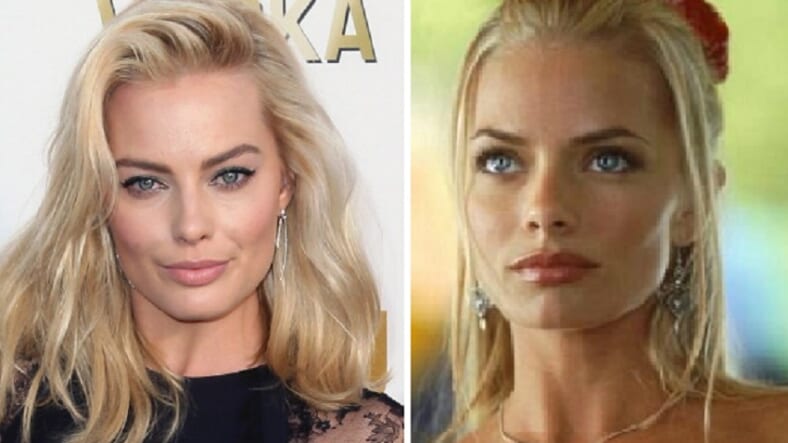 At one point most people have heard some version of the saying, “Everyone has a doppelganger.” That is, we’ve all got a twin out there somewhere.

That may not be the case for everyone on Earth, but it’s damn sure true for American actress Jaime Pressly and Aussie star Margot Robbie. Social media has taken note and gone a little nuts over the resemblance.

Wut? That's Margot Robbie on the left and Jaime Pressly on the right. pic.twitter.com/ki0JAVXqW8

The more you look at photos of the often hilarious Pressly, who starred in My Name Is Earl, and Suicide Squad star Robbie, the more confusing it is.

Pressly is 13 years older than Robbie and they grew up in different countries. You have to wonder how such a coincidence of genetics—which Pressly herself reportedly even joked about two years ago—could happen.

If easily-searched internet stats about the pair are accurate, their twinning isn’t perfect. But it’s still close: For example, Robbie is 5’6″ and Pressly is 5’5″. Also, Margot Robbie is a Cancer and Jaime Pressly is a Leo.

So we’re pretty much stuck with their only big differences being age and nationality.

What’s the deal, then? Some kind of clone factory churning out identical attractive blondes for decades? Parallel universes?

But like Margot Robbie and Jaime Pressly are the same person just in different lighting right? pic.twitter.com/SDVmYVv5dq

It’s an unanswerable question. But if DC ever needs to cast Harley Quinn‘s older sister or lookalike cousin, we know who’d be the perfect choice to play the role.