A Long-Lost Marilyn Monroe Nude Scene Has Been Discovered 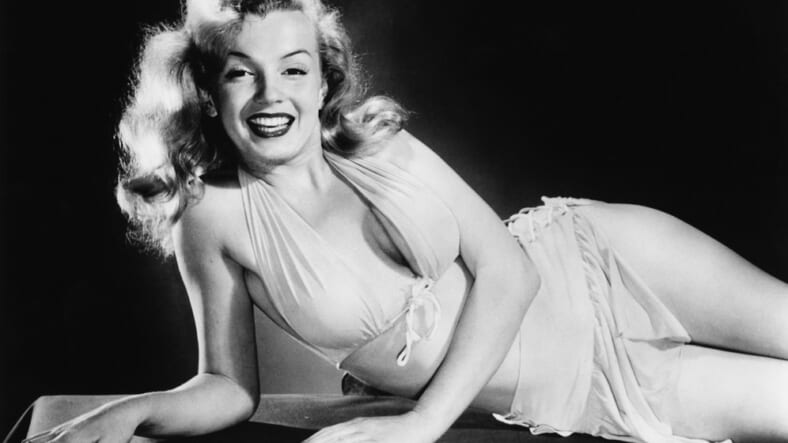 For men of a certain age, there will never be another woman like Marilyn Monroe.

One of the sexiest actresses to ever grace the big screen, Monroe‘s career flourished at a time when nude scenes were unheard of. But for The Misfits, filmed in 1961, Monroe bared all — and in a moment of cruelty, director John Huston left the footage out of the final cut.

Charles Casillo, author of Marilyn Monore: The Private Life of a Public Icon, reportedly found the scene. It had been languishing in a locked cabinet for decades.

According to Deadline, Casillo discovered a true piece of history:

In a love scene with Clark Gable, Monroe dropped the covering bed-sheet and exposed her body. It would have been one of the first – if not the first – nude scenes by an American actress in a major production in the sound era of film if it had made it into the final version.

Curtice Taylor had the film, a legacy he inherited from his film producer father Frank. The Daily Mail reports Taylor said “unused takes were [often] destroyed. But Frank Taylor believed that it was so important and so ground-breaking that he saved it.”

According to Decider, the nudity was Monroe’s idea:

Casillo told the Daily Mail that it was Monroe’s idea to drop the bedsheet. “If you read [The Misfits] script, it doesn’t say anything about nudity. When she did the scene, everyone was shocked on the set,” said Casillo. “Huston sighed and said, ‘Honey, I’ve seen them before.’” Monroe’s co-stars, including Gable, fought for the scene to be left in, but Houston wouldn’t budge, and the would-be historic scene was left on the cutting-room floor.

We are grateful for Frank Taylor’s foresight, but no one knows if the scene will ever be made public. So this whole report seems kind of cruel.