Still one of the hottest ever. 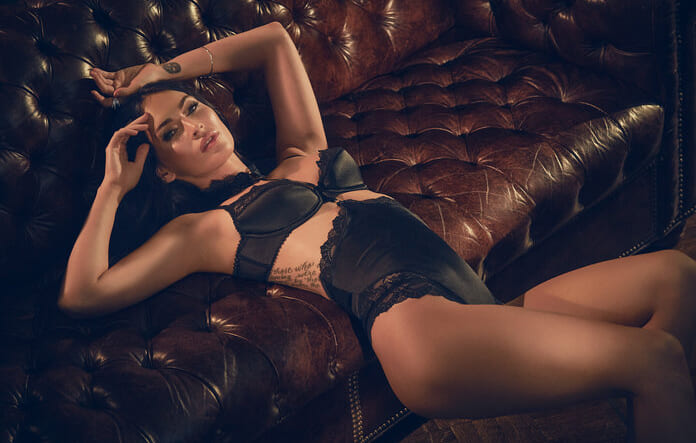 You there, Megan? It’s us, Maxim! Remember?

Thankfully, our girl is still at it. The brunette bombshell appears in the Fall campaign for West Coast lingerie giant Frederick’s of Hollywood.

She stuns in a number of reasonably priced but luxurious-looking bodysuits, bras and chemises.

The 31 year old is as foxy as ever. Now let’s hope she brings the heat to the screen again in the near future.