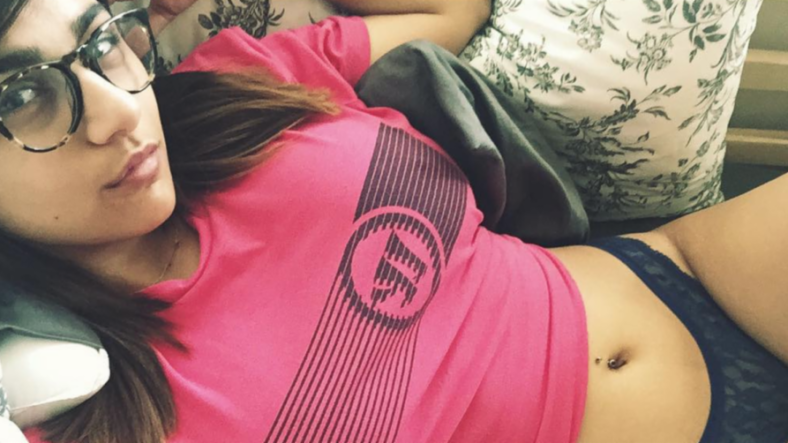 Man Mia khalifa got HIV😓 I gotta unbeat my meat for all the times she blessed me.

First off, we’re pretty sure it’s not true, as she’s treated the situation with an absurd amount of levity.

She first addressed the rumor, as Bro Bible noted, by tweeting a reference to the episode of It’s Always Sunnny in Philadelphia in which Frank pretends to have AIDS to cut in lines at a water park.

Jokes on y'all, this is gonna be me next time the beer line is too long at a hockey game pic.twitter.com/WyDIyeUbxa

That’s not so bad, but then her jokes got a little hairier.

That one might warrant a “yikes,” but it’s still no worse than the type of thing you’d expect from Family Guy. Then she tweeted this:

South Park references aside, tweeting that screen grab was still a pretty tasteless way of joking about a disease that’s killed 35 million people—especially since the joke itself wasn’t even that clever.

If that weren’t bad enough, she’s also taken the widespread exposure that’s come from being a trending as an opportunity to sell some T-shirts.

Y'all are making me trend worldwide… for free… Here's a link to my store, we ship internationally 😉 https://t.co/d3gf56w6Ko pic.twitter.com/8XGijQRaPQ

Knock if off with the HIV jokes, Mia, and consider getting back to making twerk-tastic videos like this: