It was a noble effort. 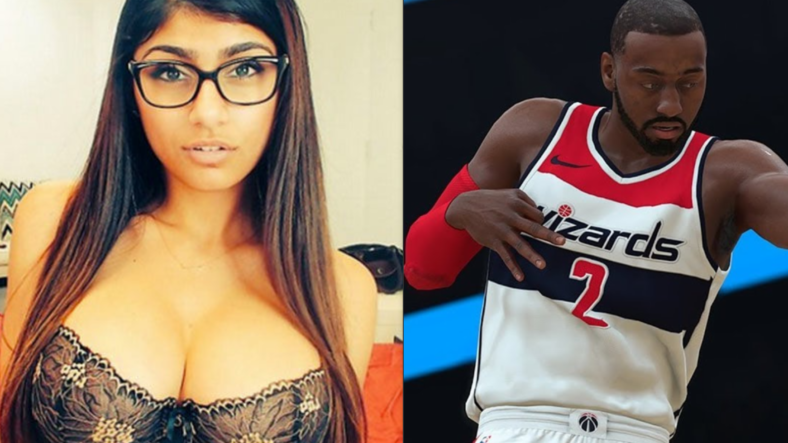 The super-hyped player ratings for NBA 2K18 were just released, and you can be goddamn sure basketball’s favorite ex-porn star fan had something to say about them.

We are, of course, talking about Mia Khalifa and her objection to Washington Wizards star John Wall’s 90-point rating. The outspoken sports fan took her issue straight to an NBA 2K18 rep via Twitter.

Khalifa’s plea began innocently enough as she tweeted, “Play me in HORSE to change Wall’s 90 to a 93,” at Ronnie 2K 2K18—the video game’s marketing director.

This would have put the point guard’s ranking within one point of two-time MVP Steph Curry. Ronnie 2K responded with a cold “nah bruh.”

Anyone who knows anything about the adult actress-turned-social media sensation knows that she’s also a fervent Washington sports fan. Needless to say, the response didn’t serve her well.

Khalifa promptly offered to let Ronnie 2K “touch her tiddies” if he acquiesced, which led to this hilarious exchange.

A lot of 14 year olds in Brazil would disagree. Take the tiddies and change the rating. https://t.co/9vZhAud9pZ

Even the real-life John Wall got involved, calling poor ol’ Ronnie 2K “a joke,” and calling him out for erroneously stating that the his NBA 2K rating at the end of last year was a 93.

lol wat was I last yr?

You started a 87 and ended a 93 I think. Everyone starts lower from end of season. You always move it up bro

Who knows what sports-related beef Mia with start next. Stay tuned!